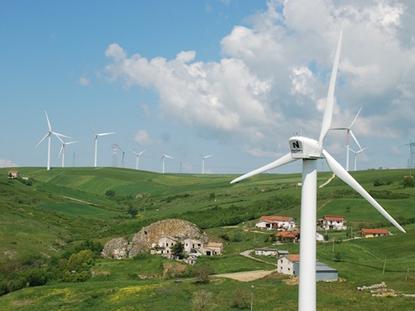 The Trump administration on Thursday released a preliminary 2018 budget proposal outlining changes to discretionary spending that, if implemented, would likely cut spending on renewable energy.

Among a list of 15 government entities that would see cuts under the proposed budget, two that could affect renewable energy programs are the Environmental Protection Agency (EPA) and the Department of Energy (DOE). Trump has proposed a 31% cut in spending for the EPA and a 6% cut for the Energy Department.

The good news for renewables: the budget would not have any impact on the solar investment tax credit, carbon tax proposals or state-based solar subsidies, according to Amit Ronen, director of the Solar Institute at George Washington University.

"While President Trump's budget proposal does not specify what funding levels they would like to see for the Energy Department's solar program, its drastic cuts to federal initiatives supporting clean energy and environmental protection leave little doubt that he would like to end any marketplace competition with fossil fuels," Ronen said.

The budget proposal as currently written "is not good for renewable energy and other programs that target climate change," said Raj Prabhu, CEO of Mercom Capital Group, a clean energy research firm.

"But, it also isn't a surprise and everyone knew this was coming; it was just a matter of to what extent," Prabhu said.

For example, the budget would not fund the Clean Power Plan and other climate change programs, Prabhu said. With the CPP gone, the U.S. would likely see fewer retirements of coal-fired power plants due to carbon emissions and less impetus for the procurement of utility-grade solar power.

The budget proposal also seeks to cut funding for the DOE's Office of Energy Efficiency and Renewables and the Advanced Research Projects Agency-Energy (ARPA-E) and "takes a big axe to the EPA's budget," Prabhu noted.

Even with the budget proposal, experts do not believe the momentum of renewable energy installations will slow down.

For example, the Clean Power Plan's effect on renewable installations is negligible in the short-term, Prabhu said, and the 2018 midterm elections could result in a Congress more favorable to clean energy than the current one.

Trump campaigned on a promise to revive the coal industry by slashing CO2-reducing regulations, but industry analysts say clean energy has become so cheap it will continue to increase its domination of the energy industry. Last month, the president rolled back the $1.2 billion Stream Protection Rule, which he said "duplicates existing protections in the Clean Water Act and is unnecessary given the other Federal and State regulations already in place." The rule was set in place in the last days of the Obama Administration to protect streams from the effects of nearby coal mining.

Even with the dissolution of the CPP, the number of coal-fired generators is still expected to be reduced by about one-third through 2030, or by about 60 gigawatts of capacity, according to the U.S. Energy Information Administration (EIA). In recent years, U.S. coal production has steadily declined.

Last year, production dropped 10.3% year-over-year to its lowest levels since 1986, according to the EIA's annual coal report released in November.

Wind and solar are by far the fastest growing energy sectors, which indicates an appetite by utilities and consumers that is highly unlikely to be slowed by regulatory changes at the federal level, experts said.

In 2016, new installations of solar power capacity surpassed both wind and coal for the second year in a row, accounting for 32% of all new electrical capacity, according to a report from GTM Research.

One out of every 50 new U.S. jobs last year came from the solar industry, with growth in that industry outpacing the overall U.S. economy by 17 times.

"I hope the final budget is based on reality, jobs, and a strategic energy plan and doesn't just make cuts because some members of the Republican party don't believe in climate change science or support newer clean energy technologies," Prabhu said. "What Congress does understand is jobs and the renewable sector is creating plenty of them in both red and blue states."

For example, 41 states have enacted net metering policies that require electricity suppliers to credit customers for electricity sent from their solar systems to the grid, providing an additional incentive, according to a report released last month by the U.S. Government Accountability Office. Moreover, in 14 states, customers can also receive state tax credits for installing solar systems, which further reduces up-front costs.

Ronen emphasized that it's also crucial to keep in mind that the budget proposal is almost certain to be changed by Congress, which still has to appropriate money. At Â that point, "constituencies and jobs will come into consideration and hopefully the end result is less drastic."

"By and large Congress ignores what a President is asking for and enacts a budget that most closely resembles the funding levels it allocated the year before," Prabhu said. "Congress disregarded President Obama's request for significant increases in spending on renewables and energy efficiency programs, even when Democrats controlled the legislative branch, and they are likely to do the same this year."