ISPs in the crosshairs under new broadband monitoring program 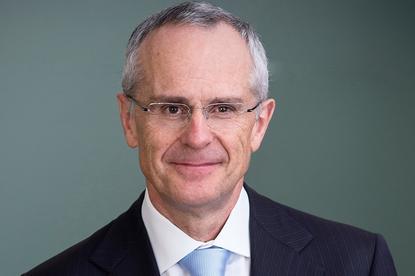 Australian internet service providers (ISPs) are set to come under increased scrutiny, with the competition watchdog finally pushing play on its plan to monitor the country’s broadband speeds, following an injection of funding by the Federal Government.

The Australian Competition and Consumer Commission (ACCC) announced on 7 April that the Government will provide funding for a new broadband performance monitoring program aimed at providing consumers with accurate and independent information about broadband speeds.

According to the regulator, the program is expected to cost around $7 million to deliver over four years.

The program will use hardware-based devices to perform remote testing of around 4,000 households in a bid to determine typical speeds on fixed-line National Broadband Network services at various times during the day.

Most of the households to be included in the program will be connected to the NBN, and this will form the basis of ACCC reporting on retail broadband plans.

Meanwhile, a small number of households that are connected to alternative, nbn-like networks and legacy networks will also be recruited to for the program to also provide a broader view of the state of broadband performance around the country.

The ACCC said that it is aimed at providing Australians with the information required to make “efficient decisions” in a market where consumers spend over $4 billion per year on broadband services of fixed broadband service.

“This program will see the ACCC test and report on the typical speed and performance of broadband plans provided over the NBN," ACCC chairman, Rod Sims, said.

"This information will assist consumers in comparing and shopping around, and checking that they receive what they are paying for.

"The program will also allow the ACCC to determine if issues are being caused by the performance of the NBN, or by internet service providers (ISPs) not buying sufficient capacity. It will also provide ISPs with independent performance information from which to draw when making speed claims,” he said.

The ACCC said it will publish information about the speed at which services typically operate, and other metrics relevant to measuring broadband performance and applications consumers commonly use.

“The ACCC will begin publishing data later this year as a large number of consumers move to the NBN,” Sims said.

According to Sims, the expected improved transparency of broadband speeds will help consumers to exercise choice as next generation services are rolled out, including on the NBN.

The ACCC has recently provided guidance to industry in relation to industry practices when making broadband speed claims to consumers.

“The ACCC’s program will encourage ISPs to compete for business and tailor their products to meet the needs of their customers. It will also provide better consumer information – all of which is currently lacking in the Australian broadband market,” Sims said.

After appointing a qualified testing provider, the ACCC will commence the program in May 2017, and will provide comparative information for consumers during the second half of the year.

The move comes almost two years after the regulator completed a pilot broadband performance monitoring and reporting program, publishing a report on the trial in 2015.

The program complements steps the regulator is taking to encourage ISPs to improve their marketing and business practices.

In February, the Commission published principles to help ensure internet service providers’ claims about broadband speeds aren’t misleading under the Australian Consumer Law, and expects to publish a best practice guide on broadband speeds advertising in due course.