300,000 more premises will receive the technology 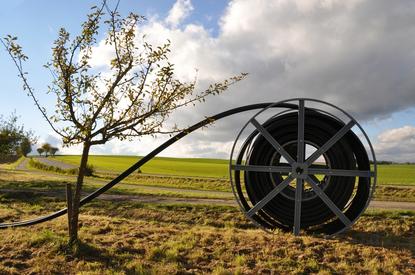 The company behind the rollout of Australia’s National Broadband Network (NBN), nbn, is boosting its Fibre-to-the-Curb (FttC) footprint to one million premises, in yet another shake-up of its rollout technology mix.

The company’s chief network engineering officer, Peter Ryan, announced at the CommsDay Summit in Sydney on 11 April that nbn will expand its FttC network by 300,000 premises on top previously announced 700,000 premises expected to receive the technology.

“But, before we commence scaled roll out of FttC we first need to pilot the deployment, test our systems and processes and importantly, the operations of the Distribution Point Units,” Ryan said.

The FttC technology, also known as Fibre-to-the-Distribution Point (FttDP) came to the fore last year when nbn revealed it would consider using the technology to connect premises previously earmarked for connection via the existing Optus Hybrid-Fibre Coaxial (HFC) infrastructure or FttN technology.

“As things stand we’re deploying FttC to 700,000 premises across the country – with around 400,000 of these being in the former Optus HFC footprint,” Ryan said.

“With work well underway on bringing these premises into the network fold we have our eyes firmly on the future so I’m very proud to announce that we’ve decided to extend our FttC footprint to one million premises,” he said.

At the same time, Ryan talked up the company’s recent trials of a new fibre technology NG-PON2 in partnership with Nokia.

The company said the technology could help it deliver symmetrical speeds of 10 Gigabits per second (Gbps) to its Fibre-to-the-Premises (FttP) end user premises, which equates to around 10 times faster than the current top FttP speeds of 1Gbps.

“We are ensuring we have a pipeline of big innovations required to meet future demand for fast broadband as new use cases hit our households such as augmented reality and 4K video content,” Ryan said.

“With this in mind we have been trialling new NG-PON2 technology that leverages improvements in size and cost of high speed optics to add more wavelengths to the same street fibre already deployed in the nbn.

“The FttP product is already on the path toward multi Gigabit speeds and beyond and FttC and FttB [Fibre-to-the-Basement] also have an evolution to Gigabit speeds via technologies like G.fast and XG.FAST,” he said.

The decision by nbn to boost the number of premises connected by the FttC technology follows calls by some critics, including former Internet Australia CEO, Laurie Patton, to abandon the rollout of its Fibre-to-the-Node technology, which stands as a key element of the network’s rollout.

“If FTTN isn’t considered good enough for Optus customers how can they expect anyone else to settle for an inferior product?” Patton said earlier this year. “Our internationally respected technical experts assure me there is no such thing as an upgrade path for FTTN and it will need to be replaced within 10 to 15 years, if not sooner.

"Surely just doing FttDP [FttC] first up would be more cost effective. Doing it in two stages means a huge waste of public money,” he said.