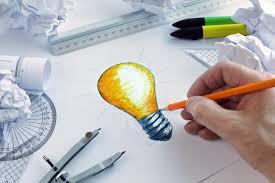 REA Group started from humble beginnings in 1995 in a garage in the Eastern suburbs of Melbourne and operates Australia’s commercial and share property websites, realestate.com.au, realcommercial.com.au and flatmates.com.au. It also has Chinese property site myfun.com and iProperty group, which owns a number of property portals in Asia.

“Our move into invention, and our focus on invention, is a key business strategy, particularly as we are expanding globally, " said Murray. "Personalisation is a really key part of our strategy going forward. How do we use the data of people coming on our site, and track consumer behaviour, in order to build better products that makes it easier for users to search for property?”

A key focus area is investigating the correlation between time and virtual reality. “One of our main reasons for moving into VR is giving people, who are looking for property - giving them back some time,” she said, explaining time-strapped parents chasing property are the ideal people to empower with this technology.

In laying the groundwork for the ‘invention’ lab, Murray said Dalton realised the step before innovation is actually invention.

“Innovation hubs aren’t anything new. There are a few of them already in Australia. But where ours is a little bit different is that we are investing heavily more in invention, as opposed to innovation. The innovation really comes from when the inventions have got a working prototype and then they can be put back into our individual lines of business to be made into products that are consumer facing,” she said.

“Nigel has a dedicated team of engineers who are literally just dedicated to inventing new products to help change the way the world experiences property, which is how we are going to be implementing our global strategy as well.”

On a broader scale, the invention team will be researching the social impacts of the REA stable of products on consumers globally, and determine how the advancement of the technology will impact society, she explained.

And expect the physical work to commence soon. “It is an empty shell at the moment. We are starting construction in a few weeks. The actual lab is a concrete building that will be split into three sections: a studio, a testing space (for tech trialling and testing), and a small section for offices.”

Certainly, the company’s global expansion efforts, particularly in Southeast Asia, are top of mind, according to Javier Turegano, who heads up global infrastructure and architecture, and said there’s lots of work being done in integrating the Asian teams into the fold.

“There is a lot of focus on Asia. There is high growth potential. We are focusing on making them part of the family and making sure they get the best out of our technology investment that we’ve made over the years,” Turegano told CIO Australia at the recent AWS Summit in Sydney.

“The company has seen quite a bit of growth over the last few years. We have a few international acquisitions. It has been all about how we can get the best leverage for our technology investment, which can be a mix of implementing technology tools and platforms, as well as promoting culture alignment."

Turegano is working to help global teams align its finance and operations departments, and educate them on how IT and finance can work together by using devops principles and applying it to other areas. Part of the strategy involves promoting cultural alignment and ensuring teams are operating within the same core principles.

“This can be done with things like DevOps practices which will help determine how we operate in our environments? How do we make sure the teams can operate in an independent manner so they can do independent releases? How can we create architectures that will support many things operating in that environment, while at the same time, bring back responsibility into the teams in making sure they don’t get stopped by central teams?

Creating independence is pivotal for the global outfits, he added.

“We want to build independent teams that can deliver and operate faster in those spaces. At the base level, we will provide the lean principles about trying to reduce waste and optimise our investment in technology and then we will try to use a common technology platform when it makes sense.”

One of the biggest benefits of working in the cloud is being able to ensure teams around the globe can operate independently. “We don’t have to rely on each other to work. It allows us to do faster releases and to empower the agile practices that we use across the business.”

Turegano said the technology underpinning its global expansion efforts is vast. At the infrastructure level, the company has been using AWS for six years, and also uses a mix of open source technology.

“We went on a journey,” he said, explaining the company’s strategy continues to be a cloud-first policy. “We started with test and dev environments and then we became more confident in the cloud as many other companies have done. And then we started to put more production loads in, and we have had interesting wins along the way.”

And now that the company is well advanced in its cloud journey, REA Group commercial manager of IT, Katarina Martianova, said it can go one step further and create an environment of autonomy for the global teams.

“We actually give them financial responsibility of their own bills as well. What we’re seeing now is ‘you build it, you run it, you pay for it.’ So the people who are building it are actually thinking, ‘how much is it going to cost in the long run as well?’ It is no longer just ‘let’s get it done and let’s deliver.’”