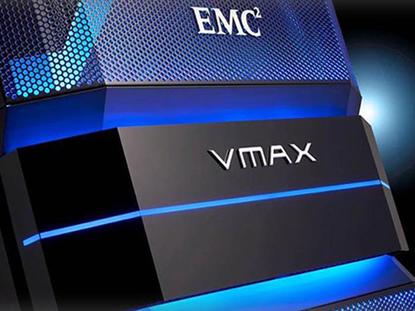 Dell EMC is making one of its broadest rollouts of updated storage gear in years at Dell EMC World on Monday, packing more capacity and performance into several product lines.

Coming several months after the completion of the Dell-EMC merger, the update includes the second generation of EMC's XtremIO all-flash array, a new architecture for its Isilon network-attached storage platform, and an improved flash module for the VMax line.

Some of the gains made in these products flow from improvements that come like clockwork from other players in the industry. SSDs keep getting bigger, with up to 15.4TB units now available in some of this gear, and Intel CPUs advance with new and faster chipsets, including Haswell (in Isilon) and Broadwell (in VMax).

But Dell EMC has also made changes of its own, such as improving data-reduction software and redesigning XtremIO's X-Brick hardware architecture.Â Since the merger brought together a major storage vendor with a giant in servers, the company can now source computing hardware from in house, allowing for a more tightly integrated offering for applications, storage, and data protection, said Sam Grocott, senior vice president for marketing.

XtremIO is getting its first major upgrade since its launch about three years ago. The new generation, called X2, includes a redesigned X-Brick chassis with about three times the capacity. The X-Brick, the basic building block of XtremIO, is now eight inches deeper but takes up less vertical space in a standard 19-inch rack.

The new chassis is only 4U (7 inches) high, versus 6U for the previous model. But it can accommodate as many as 72 SSDs, up from just 25 in the previous version, for a total capacity of as much as 138TB. The maximum storage in an X1 X-Brick was just 40TB.

The XtremIO X2 can be ordered this month and should be generally available before September.

The Isilon NAS platform for unstructured file data has been redesigned even more fundamentally with a new architecture called Infinity.

With Infinity, Dell-EMC has moved away from standard hardware nodes with a set amount of computing power and storage capacity to a modular design that lets customers increase each component as they need.

The new nodes are physically smaller, so users can fit four of them in 4U of rack space, sliding them in side by side as blades. Also, users can put in faster CPUs and denser drives as they become available, without having to replace the whole node.

Isilon is also getting more dense, with up to 60 drives in 4U of rack space, nearly double the previous generation. SSDs of primary data can sit in the same chassis with spinning-disk nodes for archived data, all under the same file system, Grocott said. And for the first time, Isilon nodes can be configured with all flash. The new Isilon platforms will be generally available this month.

On the high-end VMax line, Dell is introducing a new top-of-the-line flash module, the 950F. Compared with its predecessor, the 850F, the new part is 68 percent faster, with performance as high as 6.7 million IOPS (I/O operations per second). It also responds more quickly to requests, with latency reduced by 30 percent.

Density has also grown, with the 950F equipped to use 15.4TB SSDs compared with 3.8TB drives in the previous module. And there's a new software feature in the 950F, called secure snapshots, which lets users set a retention time during which a snapshot can't be deleted. Customers in some industries demanded this capability for regulatory compliance, Grocott said.

The 950F will be generally available in June.