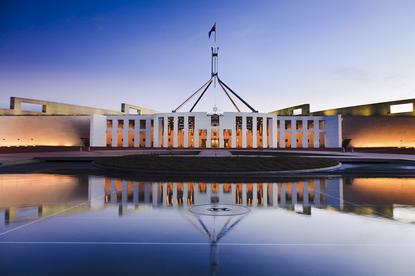 For the last decade, Greg Boorer has not had a lot of sleep.

“The last ten years I think I’ve averaged about four or five hours a night,” the Canberra Data Centres’ CEO said at a Schneider Electric event in Sydney on Tuesday.

He’s now resting a little easier. Demand for cloud, particularly within government, is booming. In last night’s Budget, the government committed to “increase the uptake of cloud systems and shared IT platforms”, and outlined plans for a slew of compute intensive schemes.

Government data centre outsourcing has been growing by a quarter each year for the last three years, according to L.E.K. Consulting research. Last year, the head of the Government’s procurement policy and whole of government ICT services John Sheridan from the Department of Finance predicted federal government will be spending $1.1 billion a year by 2019.

A lot of that spend is coming CDC’s way. According to Boorer, his company is winning around 80 per cent of all data centre government tenders.

The secret? CDC’s creation of a huge ecosystem, housed within its ACT facilities.

“It’s like a big snowball that’s rolling and doesn’t require as much energy as it once did,” says Boorer. “Though I’m still not getting enough sleep…”

CDC operates four data centres in Canberra – Fyshwick 1 which has more than 100 pods and 2,300 racks; and Hume 1, 2 and 3 boasting 80 pods and 1,600 racks. Another is currently being built at Fyshwick which will bring the company’s total capacity up to 60mw.

“You might not have heard of us and that’s kind of cool too,” Boorer told the Schneider Electric conference audience. “Because the types of clients we have are not super keen on us having a huge, high profile. We sort of snuck up on the market a bit. And now by capacity we’re just about the largest owner and operator of data centres in Australia.”

Government agencies are unique clients, Boorer said. Security is an obsession and they are under more pressure than most not to make mistakes.

“If you get it wrong you’re on the front page of the newspaper for a long time and careers do end,” said Boorer, citing last year’s Census debacle as an example.

“Government is going to need a lot of compute, a lot of storage for a long time to come. And it’s only going to get harder for those guys not easier,” he added.

Agencies are also demanding of their vendors. Availability and accreditation are must haves, and then there’s the intensive tender process.

“Lost sleep and a bit of dramas with your family. All those things which you have to do to work all night and deliver these tenders and I’m only a little scarred. Particularly when they release them on Christmas Eve and want them back for the start of January. I’m just saying, it’s not cool, but that’s what they do,” Boorer joked.

Nevertheless, CDC has 43 federal government departments and agencies within its facilities today. Part of the attraction has been CDC’s ability to offer on-premise, colocation, hybrid private and private and all combinations of each.

“Each one of them is at different maturity levels moving along that continuum,” Boorer said. “Normally you’d have to go four different places to achieve those outcomes. In our facilities you can do all of that and you can merge and mature seamlessly between each stage along that roadmap with a significant reduction in overheads – network cost overheads, security overheads and also performance overheads.”

“We can accommodate top secret information, therefore secret, protected and unclassified is really easy to achieve because we’ve got that halo, pull-through effect. One agency with a stroke of a pen by government or an executive order can suddenly go from an unclassified to a protected organisation, or needs to talk to other agencies that are at a higher security domain level. We do it all in one spot,” Boorer explained.

Helping that snowball is the cost of moving data between sites and providers.

“A lot of people don’t factor into the business cases how much it actually costs ingress and egress in cloud providers in moving the data around. What happens is they get this enormous sticker shock.

“I can list a number of government agencies who have spent 12 months IT budget in three months in cloud engagements because the governance and planning wasn’t quite correct. So you’ve just got to be a little bit careful. That’s why we’re getting a lot of cloud providers setting up inside the ecosystem because there are no network costs to consume and you’re right next door with the government data.”

There’s also the growing trend of moving workload to the where the data is.

“And the largest data aggregation point in Australia is inside our ecosystem,” Boorer pointed out.

“Very soon we’ll be building facilities outside of our normal jurisdiction and geography which will be quite exciting,” Boorer revealed.

“They came away saying it was the best data centre they’ve ever been in. That’s verbatim. Which is kind of cool,” Boorer said.

“When I started out ten years ago I had no thoughts that we’d ever be as successful as that. An overnight success in ten years. And all you have to do is just not sleep.”