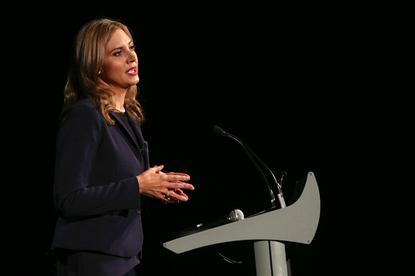 Harvey Nash's Bridget Gray: "The IT leaders who will succeed are the ones who can deal with the ambiguity, working across multi-discipline teams to a common goal."

Two thirds of the 174 Australian CIOs surveyed said their IT projects are more complex than they were five years ago. Over optimistic expectations, poor management, and unclear objectives are the main reasons IT projects fail, according to the research.

Over a quarter (27 per cent) of CIOs said that a lack of project talent is the cause of project failure. However, project management skills are absent for the CIO’s top list of technology skills in 2017, dropping 28 per cent in one year.

The research also found that cyber security vulnerabilities is also at an all-time high with one-third of respondents reporting their organisation had been subject to a major cyber attack in the past two years.

Nearly one quarter (23 per cent) said they are very well prepared to respond to these attacks, down from 29 per cent in 2016.

“Despite very visible headline-grabbing attacks such as the recent WannaCry ransomware attack, the biggest jump in threats comes from insider attacks, increasing from 30 per cent to 54 per cent over last year," the research said.

Meanwhile, despite unprecedented political and economic uncertainly, 93 per cent of respondents are ramping up their investment in innovative projects, including hiring digital labour. In fact, the number of organisations with a chief digital officer has increased 40 per cent over last year.

“Making a success of technology is becoming increasingly complex,” said Bridget Gray, managing director at Harvey Nash Australia. “A need breed of digital innovators are evolving who are turning uncertainty into opportunity. The IT leaders who will succeed are the ones who can deal with the ambiguity, working across multi-discipline teams to a common goal.

“At the same time, they also need to have a firm control of the infrastructure, ensuring the organisation is secure an adaptable for the future. It’s a tough job but the CIOs who are getting this balance right are becoming increasingly important to their organisation.”