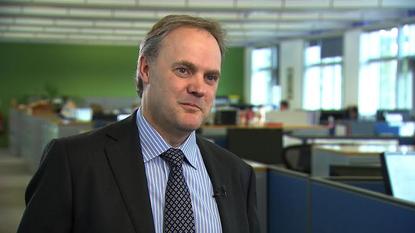 At the Sydney Easter Show last month, CIO George Hunt was at Sydney Water's booth, handing out merchandise and talking to visitors.

"I think it's really important," Hunt says. "We've got a fabulous way of interacting with the community."

The organisation has a strategy to become a 'high-performing utility that can deliver a world-class customer experience'. While the meet-the-public events are fun ("I love it," Hunt says), the real work towards customer-centricity is taking place behind the scenes within the CIO's new-look division.

Over the past year Hunt has completely restructured Sydney Water's technology function, adopting a three speed factory model and a 'design, build, run' set-up. A 'once in a generation' project to overhaul the utility's ERP, CRM and 30-year-old billing system is now under way after a consortium led by Wipro was selected last week. Meanwhile, all corporate, mobile and operational networks have been migrated from Optus to Telstra.

There's now agile methodologies, innovation hubs and external partnerships. On the horizon is the industrial internet of things, augmented reality, machine learning and predictive maintenance as the company edges ever closer to being a 'hyper-connected utility'.

Not bad for 12 months and two weeks in the role. How did Hunt do it? With a singular, simple philosophy...

Soon after starting at the utility, Hunt put a challenge to his team: what was going to make – and keep – them relevant?

"What's going to stop us becoming a traditional IT shop that ultimately will live in the dungeons and get outsourced?," Hunt tells CIO Australia at Sydney Water's headquarters in Parramatta, "we've got a role to play in shaping and defining future business strategy."

As discussed in his first interview in the role back in June last year, sustained relevance would be achieved by realigning IT to the aims of the business. The days of the sluggish, stick-in-the-mud technology function were over: now things were 'design, build, run'.

"I wanted to create a structure which was as simple as possible. We started off by asking: what do we do? Fundamentally we design, build and run. It's not anymore complex than that," Hunt says.

Before a restructure could commence, the team needed to be clear of their accountabilities. "We came up with three which we've shaped everything by," Hunt explains.

The first was to manage and protect the company's 'information assets', a deliberate turn of phrase: "Information is a primary asset," Hunt says, "We are moving to the world where what we know about our physical assets becomes more valuable than the physical asset themselves."

The second was to enable and support the core operational and business processes – a priority Hunt summarises as 'keeping the aircraft in the sky' – and the third was to support the utility's Lifestream strategy to make Sydney Water a customer-centric, super-efficient, high performance utility.

The teams effort began with a simple, but significant, change of name. Sydney Water IT – known internally as SWIT, "which doesn't roll off the tongue," Hunt says – has now become 'Digital Services'.

What's in a name? "It does make a difference," Hunt explains, "It's a reflection of moving from the traditional IT model into a progressive model that supports the digital agenda for a company like this."

Further boosting Digital Services' influence in the organisation is Hunt's 'seat at the table' on the executive."It does help that the function isn’t buried under finance or corporate services. I know there are a lot of CIOs around the world who report into another function," says Hunt.

"I feel like I'm in a privileged position here and I'm not going to waste that privilege," he adds. "I'm in all the right conversations about what the utility of the future looks like."

Although a handful of the IT team left in the restructure, the majority remain and back the new paradigm. Digital Services has the highest employee engagement score in the company.

"How do we make this work? A simple philosophy: People support what they help to create," Hunt says. As a result of this philosophy, Hunt says, the restructure programme went from initial 'shapes in the sand' to complete in two and a half months.

"We couldn’t drag it out. We needed to get in the right shape in order to deliver SAP and the other things. And I didn’t want to leave people with uncertainty for any longer than I had to."

Digital Services has been designed to operate as a three-speed factory model, Hunt explains. A high speed factory creates apps and mobile solutions and the team uses agile methodologies.

A corporate solutions factory is focused on integration and information management, including the new ERP, CRM and billing implementation (which will be one of the largest SAP S/4HANA landscapes for the utilities industry in Australia).

This group use traditional waterfall and ASAP methodology, Hunt explains: "We can't really do that [implementation] in a purely agile way, that would be pretty reckless."

A third factory is called enterprise solutions "It's really a container for acquiring the knowledge and the skills to run SAP with our partner when we go into run," Hunt says. "Another lesson learnt from SAP a long time ago: don’t wait until your about to go live to build a service and support organisation."

Each factory has a retained, dedicated staff, and the headcount increases when necessary. And where previously a whole of company architecture wrapped around every project – often proving a 'constraint' – now a solution architect is embedded in each factory in a DevOps model, and there is a 'very thin' enterprise architecture layered over the top.

"Architecture teams we had here before – their primary mandate was to design badness out. They were acting as policemen," Hunt explains. "The organisation would spend a lot of money designing a solution or gathering ideas, and eventually a business case or solution would come under the eyes of an enterprise architect and they would say 'nope, nope'. But we've already spent the money!"

Now it's a case of "designing goodness in", Hunt explains.

The hub provides a visual of the utility's entire pipe network, fed by a range of data sources. Analysis of SCADA telemetry flags if a pipe is vibrating or flow has dropped, a good indication of a burst. Overlayed is social media monitoring and weather and traffic data. Soon emergency service call-outs will be added ("there are times when the fire brigade are the first people that know," Hunt says).

"We've done this purely as a set of interative prototypes," Hunt says. The team is on iteration number 26 after three months and a pilot – covering around a million customers in Sydney's west – rolls out later this year.

"It enables us to move, in front of an incident. Normally we're quite reactive," Hunt says. "But if we know something's about to happen, in some cases we'll be able to prevent it, by changing the network, changing pressures, opening valves and so on. And we can prewarn customers – particularly critical customers – before we switch the water off."

In its second phase, the hub will incorporate a machine learning layer, thanks to a partnership with CSIRO's Data61, to enable predictive maintenance. "It is a flagship capability which will take us into this predictive proactive mode," Hunt says.

Initially internal facing, at some point aspects of the tool will be opened to customers and the lines of distinction blurred.

And the transformation is not over for the utility's technology division. Eventually, Hunt sees Digital Services graduating to become 'Digital Delivery'.

"We've got a number of systems now which are directly customer facing. There is not a Sydney Water customer person in between the technology and the service that they're consuming," he says. "We're moving further up the value chain and are now driving the digital agenda."