The software giant may be 41-years-old, but it is shaking off it's 'legacy' and reinventing its approach. 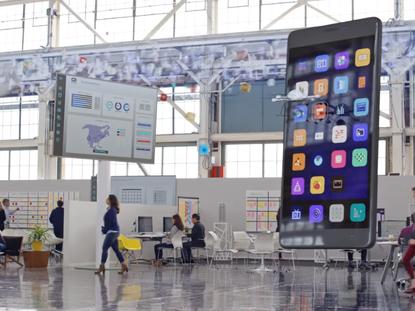 CA Technologies has been in the software business for more than 40 years. It works with most of the US's biggest companies (including 49 of the Fortune 50), and in Australia with the likes of NAB, Qantas, Toyota Financial Services and Ausnet.

Its customers are changing, and fast. They are furiously fending off disruption and positioning software and a slick digital customer experience as key drivers of revenue.

The same can be said of CA. In response to the rapidly changing market and fierce competition, over the last few years the company has been transforming itself. Multi-year deals signed by CIOs are being replaced with monthly-subscription models targeted squarely at developers. A seamless user-experience is central to every release. The legacy image (and scandal-laden past) is being shaken off.

“Legacy is a sword that cuts both ways. Certainly there are some perceptions, or peoples preconceived notions, that simply no longer apply,” explains CA CTO Otto Berkes, who was appointed two years ago to usher in this new era.

With the mainframe market – which accounted for 55 per cent of its revenue last financial year – predicted to plateau over the next few years, it is pitching future growth on providing a full enterprise solutions suite, with DevOps, Agile management and security baked into every offering.

“Whatever you thought, put it aside,” Berkes tells CIO Australia at the company’s Silicon Valley offices in Santa Clara. “Here's who we are, here's how we work, here's what we do.”

Earlier this month CA launched a new global marketing campaign to show off its new look. In a TV spot for ‘The Modern Software Factory’ model it hopes customers will adopt, a tour guide explains the benefits of continuous delivery, frictionless security and agile ‘from mobile to mainframe’. A dumbfounded guest turns to the guide and says: ‘I have no idea what you just said’.

Increasingly, CA’s customers are not the enterprise-wide IT-minded buyers of old.

"It's certainly shifting more to the line of business. The application owners and the application developers,” explains CA chief product officer Ayman Sayed, who was appointed in 2015 from Cisco.

Where in the past Sayed would meet the CIO, CTO, CEO or head of infrastructure at business meetings, these days, he says, they are often joined by heads of business functions and marketeers.

“I kid you not. I feel like why are you talking to us? Why?!” Sayed tells CIO Australia. “And the answer is they're as interested in building a software shop as the CIO. They're hiring more software developers that are investing in tools and infrastructure at a pace that's much faster than the CIO. And they have a budget that’s an order of magnitude bigger.”

“These folks, they run their business differently,” Sayed says. “There's a different culture. There's a deeper sense of democracy in decision making and how they pick their tools and technology. The user is heavily influencing the purchasing decision.”

Gone are the days of top-down mandating of which tools and technologies staff should use, adds Berkes.

“And for good reason. You get a better decision often that way because the CIO or CTO may not be in the best position to know which tools are going to be most effective for solving a specific problem,” Berkes says.

The company is moving the majority of its offerings to SaaS, shipping six SaaS-based products in the past year. They are now utilising containers and micro-services.

The new breed of buyer also expects a much smoother experience and doesn’t have time to read a manual. UX has become a more important than ever.

“We're all consumers,” says Berkes. “We all want to have a beautiful, robust easy to use experience and I think the approach that we're taking in the design thinking and the design organisation that we've assembled is putting an incredible amount of focus and attention to detail on having users feel great about using our products.”

“They're taking frankly the same approach that they would be building a great quote ‘consumer’ product to CA’s products. I think that's spot on.”

The try-before-you-buy customers and SaaS model, Sayed describes as “a new set of motions that we need to get comfortable with”.

But it is already proving advantageous. Sayed describes an unnamed, long-running client who was offered CA’s App Experience Analytics product on a traditional, three-year licensed model.

“They come back: Can we buy it by month and see how it goes?” Sayed says. “So certainly a new motion and it forces us to go more into that route. But the good news is they're actually paying us more than what you would have paid for an upfront licence!”

In this new world, CA competitive environment expands. It still faces old foes like IBM and Microsoft. The likes of AWS, Azure and Google Cloud are also threats. Now it also has to contend with single product challengers.

“We are in a very unique position to succeed and win against both,” says Sayed.

The fact CA doesn’t sell infrastructure, and isn’t a stack vendor, is a huge part of its appeal. Its customer are often bimodal, working in heterogeneous environments on-premise and in the public cloud.

“They have no interest in a single vendor lock in and they don't want a religion and architecture in a stack that restricts them,” Sayed explains. “That uniquely positions us to be an honest broker, to be a strategic partner.”

CA’s new TV spot ends with the tour guide saying: “It’s about moving to new…from old.” As its customers and their needs have changed, so has CA.

The author travelled to Santa Clara as a guest of CA Technologies.