Tech chiefs need to become adept at digging out information that does not live in facts, but in the hidden world of rumour, innuendo, and personal relationships. 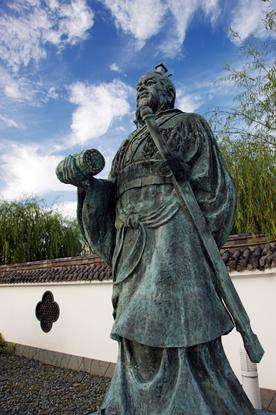 "In any engagement, it is critical that we get to know the terrain and environment that we are operating in." - Ancient Chinese general and military strategist, Sun Tzu

Organisational politics are a reality and we can either take the approach of burying our heads in the sand and pretend they don’t exist or recognise that political savvy is an essential skill for all levels of an IT organisation.

As IT professionals, we have no authority over the business clients we work with but plenty of responsibility and accountability for delivery. Because of this, we must become skilled in the arts of influence, negotiation, managing conflicts and political savvy. Political savvy is just one of the tools we have to be successful as part of the business and not separate from it.

So, what is politics? Most often our initial response is a negative one. We view it as a way to manoeuvre or manipulate in a group to gain control or power. But when used in a positive way, politics can bring people closer together.

It’s a legitimate way of having people with different interests work out a collective purpose and then work together to make it happen. Simply, the difference between the two is, is it being done from an intention of integrity towards moving the organisation toward its strategic objectives or merely out of an individual's personal interests.

Being politically-savvy has several benefits. They often include: getting projects moved up the priority list, cutting through red tape, achieving greater recognition, gaining management support for projects, obtaining a bigger budget, and getting the people you need when you need them. It also means having your ideas heard, and having the ability to bring IT initiatives and projects to successful conclusions.

Here are 5 steps to developing your political awareness.

The first step is getting outside the world of IT and assessing who will be affected by your actions and activities. Who are the key stakeholders, their connections, relationships, and previous history with one another? Go beyond the obvious and also think, 'who are the people who believe they should have some say?' As one of my favourite strategists Sun Tzu stated: "In any engagement, it is critical that we get to know the terrain and environment that we are operating in."

To do this, we need to become adept at digging out information that does not live in facts, but in the hidden world of rumour, innuendo, and personal relationships. Get to know stakeholders on a more personal level.

This doesn’t mean you have to become “buddies” but know them well enough to predict behaviour, know where they will form alliances, who they won’t cooperate with. Things can much smoother if we have a grasp on these factors that we normally consider outside our control.

2. Determine where the power bases are

Gain an understanding of the of the clout that various stakeholders have within the organisation. This clout is a result of the combination of people’s position (the power based on the where someone sits on the organisational chart) and their ability to influence others. People that are high at both of these are the ones to pay the most attention to. But also never forget some of the most influential people can have no positional authority.

3. Distinguish between your friends and foes

Don’t assume that because you are excited about your initiatives that everyone else is too! Your stakeholder analysis should let you identify who will be impacted by your project and this can help you predict who your friends and foes will be.

4. Predict the pitfalls and chart the course

The information from the first 3 steps will allow you to predict what will happen from a political perspective on your journey. Think of this like doing a risk analysis but instead of considering technology risks, you are uncovering political ones.

Once you predict the pitfalls, you can determine how to head them off. Again quoting Sun Tzu, “Every battle is won before it begins” and our aim is to succeed by achieving our objectives without it ever reaching a point of conflict.

Recognise that this is on ongoing process. It is an orientation that must be maintained throughout a journey not just a task that is completed and forgotten about. You must be prepared to make course corrections and adjustments if your initial approaches don’t work work or hit resistance.

As IT professionals that understand “we are the business”, we can not just be at the impact of organisational politics. We don’t need to become devious politicians, we just need to develop the savvy necessary to positively influence or overcome the inevitable politics that occur in any organisation.

Lou Markstrom is the co-author of Unleashing the Power of IT: Bringing People, Business, and Technology Together, published by Wiley as part of its CIO series. Over the past 25 years, he has worked with over 35,000 people to create high performance organisations, teams and individuals.