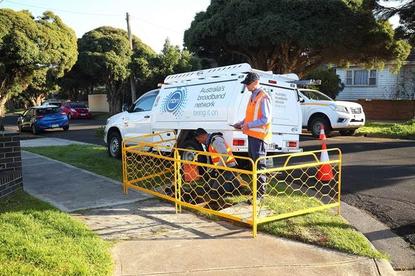 NBN, the organisation rolling out the national broadband network, has begun rolling out fibre-to-the-curb (FTTC) technology, which it claims will benefit more than 1 million homes and businesses by 2020.

NBN is the first broadband wholesaler in the world to rollout FTTC technology, which provides fibre to the driveways of homes. The company on Friday began a trial of the technology in Coburg, Melbourne to evaluate the construction and installation of its deployment ahead of the nationwide built that will commence in the coming months.

NBN said it is also working with retail customers to develop a FTTC product, which is scheduled to be available to consumers and businesses by mid-2018.

Peter Ryan, chief network engineering officer at NBN, said the company said it would spend the next few months understanding how to scale the FTTC rollout across the country.

“Our decision to roll this technology out at scale means there is a smaller number of homes and businesses which will have a revised timeline on when they will be able to connect to the NBN network. We encourage all Australians to check their address on our website to get the most up-to-date information, find out what technology we are using to build the network as well as how to get the best experience out of their internet connection,” he said.

Internet Australia said running fibre cabling all the way to a point at or near the boundary to homes and commercial buildings means existing copper can still be used in the short term.

Alternatively, copper wires could be replaced, at any time now in the future, with FTTC. This approach would provide a ‘future-proofed’ network and avoid the need to a costly re-build in 10 to 15 years’ time when copper is no longer fit for purpose, Internet Australia said at the time.