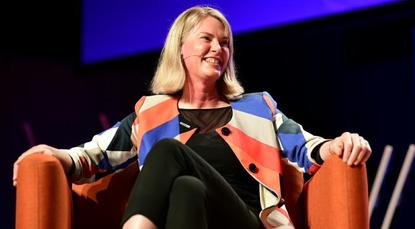 “One of the things you see a lot of people gravitating to is the theatre of agile; it’s the standups, it’s the post-it notes, it’s all the names, all that stuff,” the bank’s group executive digital banking, said in a video message to staff posted this week.

In May, the bank announced it was “shaking up its management style” by rolling out a 'Scaled Agile' approach across the whole of its Australian division.

The method of organising and delivering work – used by digital companies like Spotify and Google as well as ANZ’s rival financial institutions – will improve the way ANZ responds to customer needs and improve productivity, the bank said at the time.

“When I grew up in corporate, you really only needed one kind of tool in your toolbox from a leadership standpoint: you could get away with being a very clear command and control leader and be effective,” she said. “In this new world, yes there are moments where you need to demonstrate command and control but it’s more important to have many, many different tools in your leadership toolbox including being a servant leader, being collaborative. You just need to be much, much more sophisticated in your leadership.”

Agile methodologies are already used to deliver around a fifth of technology and digital projects at the bank, including Apple Pay. The division-wide roll-out will build upon these current pilot projects with a plan to launch at scale by early 2018, overseen by Kath Bray, managing director products.

“We had been operating an agile environment in different pockets of the bank, so what we’re really talking about is saying to scale it more broadly and scale it more consistently,” Carnegie said.

“Given that it is a cultural change and way of working change as much as anything else, I think one of the things we need to make sure we don’t underestimate is it’s probably going to be years before we are expert practitioners of agile versus just adopting it. So it’s going to be a multi-year just staying focused on getting better and optimisation of what we’re doing versus just a one day you flick a switch and you’re done.”