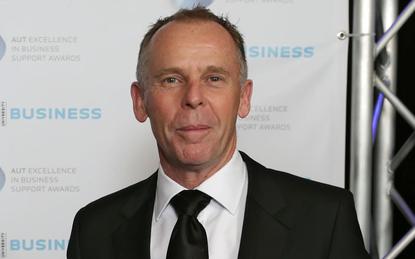 The former managing director of Fuji Xerox in Australia and New Zealand was paid more than AU$1 million to leave the company after it was discovered that the “inappropriate” accounting practices that have rocked the vendor emerged during the top executive’s tenure.

Fuji Xerox (FX) parent company, Fujifilm Holdings, has released an English translation of an exhaustive report - seen by ARN - derived from the investigation into the accounting scandal at its Fuji Xerox subsidiaries on both sides of the Tasman, which resulted in an estimated $450 million hit to net income over a six-year period.

According to the report, the bulk of the “inappropriate” accounting practices emerged and were widely used under the leadership of the managing director of Fuji Xerox in Australia and New Zealand at the time.

The report refers to this individual only as “Mr. A”. However, the head of the New Zealand First Party, Winston Peters, has since pointed out that Mr. A’s departure from the company, as noted in the report, came at around the same time that former Fuji Xerox Australia and New Zealand managing director, Neil Whittaker, left the company.

According to the report, Mr. A was informed that he was “recommended” to leave the post of Fuji Xerox New Zealand (FXNZ) managing director on 16 May 2016.

As reported by ARN, it emerged on 18 May 2016 that Whittaker had unexpectedly left his role as Fuji Xerox Australia (FXAU) managing director.

The report revealed that Mr. A subsequently signed a settlement agreement to leave the firm, which paid him the full salary and retirement benefit that he would have received had he stayed with the company for the entire term of his contract - this was worth AU$1,031,457.62, according to the report.

The report goes on to detail the primary causes behind the “inappropriate” accounting practices and how they emerged. It appears to make no qualms that the “sales at any cost” culture which sprung up at Fuji Xerox in Australia and New Zealand under the leadership of Mr. A contributed notably to the resulting accounting shortfall.

“According to interviews with multiple persons concerned, FXNZ’s corporate culture was characterized by a 'sales at any cost' mindset,” the report stated. “The FX group also had expectations for FXNZ ’s sales due to sluggish sales growth in Japan, which helped form FXNZ ’s sales -centric corporate culture through incentive-based remuneration, and others.

“Additionally, Mr. A, who was the MD, personally strongly pursued incentive-based remuneration by expanding sales,” it said.

Further, the report stated that Mr. A had an extremely high sales target achievement rate, which was particularly emphasised among the items used for calculating bonuses, and he therefore was paid significant amounts as incentives-based remuneration.

“It can be inferred that this type of framework caused other employees to seek higher sales and escalated the development of the sales-centric mindset,” the report said.

According to the report, one of the causes of FXNZ’s inappropriate accounting practices was its use of incentives, such as commissions and bonuses that placed an importance on achieving sales targets.

After Mr. A assumed the position of FXAU managing director, it appears that agreements other than standard agreements – especially bundle sale agreements – were handled in a manner lacking transparency, where reports were made to employees who had been transferred from FXNZ who then granted approval, the report revealed.

It added that there is a “strong possibility” these agreements did not go through the appropriate transaction approval processes.

The report makes much of the managed service agreements (MSAs) that were dished out by the company during Mr. A’s tenure, until the end of 2015 when the use of MSAs and Graphic Communications Service Arts Agreement (GCSAs) was prohibited by the company.

During the period from January 1, 2010 until January 2016, according to the report, FXNZ routinely utilised MSAs and GCSAs that included target volume clauses.

In addition, in July 2015 the results of an internal audit by Fuji Xerox Asia Pacific found that the target volume was not achieved in about 70 per cent of contracts.

“It was widely understood by most officers and employees of FXNZ that customers’ usage rates falling short of the target volumes set in MSAs and GCSAs became constant practice, including Mr. A, Mr. B, Mr. C, and members of the finance team,” the report stated.

Read more on the next page...

On July 8, 2015, an email from a whistleblower identified only as “Tony Night” was sent to members of the company’s upper management. The email pointed out cases of inappropriate accounting practices at FXNZ involving the use of inflated target volumes for MSAs, resulting in over-stated revenue.

On July 24, 2015, an internal audit was subsequently performed on FXNZ. The audit revealed that revenue had been over-stated due to the use of MSAs with inflated target volumes, as had been pointed out in the whistleblower email.

APO sent a notification on September 3, 2015 prohibiting the use of MSAs to both FXNZ and FXA, where Mr. A had been working as its MD since April 2015.

Moreover, the report stated that the “double recording of advance sales, the recording of fictitious sales, the fictitious recording or deferral of cost of sales or expenses” and other accounting practices known as ‘macro adjustments’ were broadly and inconsistently implemented at FXNZ.

“It is considered that FXNZ utilised these macro adjustments in order to achieve monthly performance targets,” the report said.

The report suggested that the historical use of inflated MSAs by Fuji Xerox in the local market was a primary factor behind subsequent losses at FXNZ. As of mid-2016, it was calculated that FXNZ faced future losses of NZ$70 million.

Later, a Singapore-based law firm that was hired to review the background of large losses at FXAU and FXNZ identified the macro adjustments as being the result of FXNZ’s overly aggressive recording of revenue stemming from Mr. A’s “sales first at any cost” culture, the report revealed.

On March 31, 2016, top tier Fuji Xerox executives discussed the report from the Singapore law firm and measures to deal with the issues raised in the report. It was subsequently suggested that Mr. A. should be dismissed from his position, with Mr. A signing a settlement agreement after being “recommended” to leave on 16 May 2016.

While the report sheds some light on how the Fujifilm Holdings subsidiary found itself in such a tricky financial position, the company is working to shore up investor confidence, with a number of Fuji Xerox executives in Japan resigning from their roles, while others took pay cuts.

“Over the last 12 months Fuji Xerox Australia has implemented a robust corporate governance structure to support sustainable and responsible operations. The findings of the report will not negatively affect the level of service offered to customers nor will it impact the company’s ability to fulfil its contractual obligations under existing agreements.”

According to the spokesperson, Fuji Xerox and its affiliates take the committee’s findings “very seriously” and remain “committed” to resolving past issues and ensuring that there is no recurrence.

“For us, the top priority is on regaining trust from stakeholders,” the spokesperson added. “Fuji Xerox Australia will continue to operate as usual with no impact on customer service.”

In addition, Fuji Xerox president and representative director Hiroshi Kurihara told ARN that the Australian subsidiary “has the support of the whole Fuji Xerox.”

"We are committed to rectifying this situation and putting our focus back on our customers, which remains our top priority,” Fuji Xerox Australia managing director Sunil Gupta added. “Our customers and business partners should be assured this does not affect our ability to meet our business commitments.”