Aussies don’t mind being tracked by GPS at work 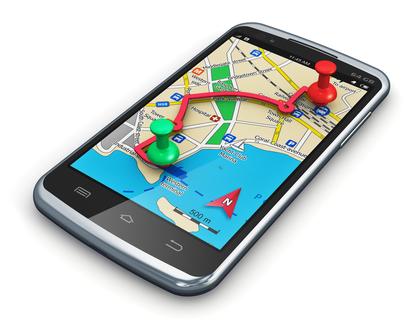 How would you feel if your boss tracked your movements at work? Many Australians don’t care if new research is to be believed.

Time tracking app developer TSheets asked 500 Australian employees about their attitudes to the use of GPS tracking at work. Surprisingly, ‘disclosing your location to your employer’ ranked dead last among people’s concerns.

Workers were more concerned about ‘battery and data drain’ resulting from the use of a GPS app on their smartphones. Privacy, trust and also being tracked after work also ranked higher.

Just over a third of the workers surveyed indicated they have been required to enable GPS tracking technology on their smartphones while at work with 48 per cent being tracked only during work hours. A little over 11 per cent were being tracked around-the-clock, the research found.

More than half (54 per cent) of respondents indicated that the experience was positive with only 9 per cent indicating they had a bad experience.

Workplace surveillance laws have varied between Australian states but the federal government is planning to make them more consistent across the country. Currently, only NSW and the ACT have specific laws governing the use of GPS tracking in the workplace, TSheets said.

“The general rule is that the employee’s right to privacy must be balanced against the employer’s rights to protect property and measure performance,” the company said.

In NSW a 14-day written notice period is required before GPS tracking can be introduced. In the ACT, employers also have to ask for employees’ feedback during the notice period. If they also install a GPS tracker into a company vehicle, employers must ensure it has a sign informing the driver they are being tracked.

The research found that two-thirds of employees were not given any notice before GPS tracking was introduced and 39 per cent of them did not receive notice in writing.

“Both are potential compliance breaches,” the company said. “Another concern is that only 58 per cent of drivers said their employer displayed a notice about GPS tracking in their vehicle.”

Meanwhile, a small number of employees (4 per cent) who had been tracked at work said they quit their jobs because of it. Around 17 per cent of respondents who had not used GPS tracking at work said they would either quit or threaten to quit if the technology was introduced.

“The only underlines how important it is to get communication right by focusing on what matters most to your workforce and clearly explaining how and why you intend to use the technology,” TSheets said.