How SA Power Networks' CIO Chris Ford transformed the culture of the privately owned company’s IT department by implementing Agile wholesale across his team. 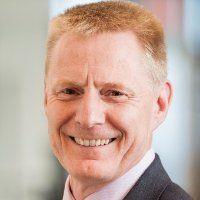 CIO Australia is running its second annual CIO50 list which recognises Australia’s top 50 IT most innovative and effective IT chiefs who are influencing change across their organisations.

This year’s top 50 CIO list will be judged by some of Australia’s leading IT and digital minds. Our illustrious judging panel in 2017 includes the Australian government’s former chief digital officer and now Stone & Chalk ‘expert in residence’ Paul Shetler; and former Microsoft Australia MD and now CEO, strategic innovation at Suncorp, Pip Marlow.

We take a look back at last year’s top 25. Today, we profile Chris Ford, chief information officer at SA Power Networks who slotted in at number 16.

Digital transformation is what Chris Ford does. He was appointed by SA Power Networks to transform the privately owned company’s IT department, just as he had done at the Australian Energy Market Operator, Sydney Water and Nottingham City Council in the UK. This transformation, however, is something special. The turnaround in the perception of the IT department, Ford says, is the best he’s ever seen.

The South Australian distribution network manager, which was privatised in 1999, operates a network that stretches across the state, carrying 200,000 kilometres of wires on 720,000 Stobie poles to 750,000 residential and 100,000 business customers.

When Ford set off to Australia’s driest state in early 2014, he arrived to a perfect storm.

The company had a desire to make more of a technology team and deliver better solutions to its employees and customers. The company’s inaugural CIO had left after just eight months, but it needed a solid IT strategy that aligned to its business strategy to support a successful submission to the regulator and secure funding for the next five years.

“I had two very distinct challenges: the perception and performance of IT and the credibility of the CIO role itself. It was almost a perfect storm,” explains Ford. “Even though the things we did were very challenging, it was within a framework of a desire to change. The organisation wanted to change and IT themselves felt they needed to change.”

In his first six months, Ford changed the IT leadership team and reduced the IT function head count by 42 per cent. Soon he moved the entire department into a new office, and went about implementing Agile wholesale across the team.

“We were scattered across several floors of the head office,” says Ford. “By chance there was a smaller office within a couple of minutes’ walk of the head office and we were essentially able to make this building all IT.

“What that enabled me to do was really change the atmosphere, the culture of the building and therefore IT, by creating a much more dynamic, open plan, collaborative environment. It works.”

A major outcome of the approach has been the process for end-to-end delivery of work. The team often has all projects running at ‘green’, “something that was not thought possible even a short time ago”, Ford says. A number of consumer facing and field force apps have already been rolled out using Agile methodologies.

Customers can now report when a street light is not working via a mobile app that allows them to find and click on the light on a map. Customers can also report electricity outages and see on an app where current outages are. Field crews use an app on their iPads that allow them to do equipment inspections and send it straight back into core SAP.

The cultural shift gained considerable attention within the organisation and beyond.

“I don’t have a door. That often shocks people,” Ford says. “The idea that we were all going to go open plan, people said: ‘What? And you as well?!’ They couldn’t comprehend that the boss was going to sit in the main area with everyone else.”

People find Ford easier to approach now, he says. There is an energy to the building and staff are driven by customer feedback.

“With the open plan people can see the buzz and success of these agile teams,” Ford explains. “It makes people say ‘I want to be part of that, look at the credit they’re getting and the things they’re creating.'"

From this reenergised team, innovations are now being explored and delivered. Ford created a role called Innovation Manager whose sole focus is on innovation, and ring-fenced a part of the capital budget to fund innovation projects.

A group called the ‘Think Tank’ made up of the company’s best and brightest meet monthly to discuss future ideas. An occasional two-day hackathon-style workshop called ‘TransformED’ last year generated an app to improve the safety and access to electrical substations and was shortlisted for a National Safety Award.

The IT department’s biggest detractors are now its biggest champions.

“The biggest win of the last couple of years is some of the critical senior managers have now turned around and are embracing not just Agile but IT as a result,” Ford says.