TechOne may pursue $50M in damages from Brisbane City Council

"TechnologyOne at all times remains ready, willing and able to complete the BCC contract." - Adrian DiMarco 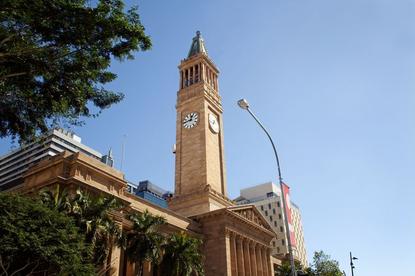 In January this year, the council said it would renegotiate a large government systems contract with the vendor after uncovering project delivery issues that could result in a cost blowout of $60 million. At the time, TechnologyOne said the delays were due to two factors: the council’s decision to take it new generation product, and a substantial increase in scope.

The vendor also said that the majority of the project’s estimated costs blowout had been entirely at the hands of the council.

In a statement to the ASX on Monday morning, TechnologyOne said the June notice covers many of the same issues in the May notice, all of which BCC did not act upon. The second notice also ignored TechnologyOne’s ‘bona fide’ request for extensions of time under the contract due to BCC’s conduct.

In July, TechOne said it provided BCC with “an exhaustive response” to the second notice to show cause. In its response, TechOne explained how BCC’s actions and inactions are “causing the project to proceed more slowly than planned and are preventing a compliant system being implemented and operating by the contracted date.”

In its ASX announcement today, TechOne said it continues to recommend expedited arbitration to resolve issues.

“BCC continues not to accept arbitration which would allow these issues to be resolved and the project put back on track,” TechOne said. “BCC has made it clear through both its actions and its statements that it does not want to complete this project, and is endeavouring to engineer a termination of contract for breach.

“TechnologyOne has now made it clear to BCC if they proceed with a wrongful termination, TechnologyOne will immediately commence proceedings for a $50m+ damages claim,” the vendor said on Monday.

However, TechOne said if the BCC no longer wanted to proceed with the project, it was open to the council paying all outstanding invoices and to part company.

The vendor said this would cost substantially less than the cost of a long drawn out court case that exposes Brisbane ratepayers to such a large claim.

“Though the Lord Mayor has on many occasions publicly stated that the project needed to be reformed, and the he was committed to doing this, BCC has taken no steps to achieve this, and has hindered TechnologyOne from doing so,” DiMarco said.

"TechnologyOne at all times remains ready, willing and able to complete the BCC contract. TechnologyOne as the leading supplier to over 300 councils in Australia, is uniquely placed to provide a compelling value proposition to the ratepayers of Brisbane.

“If BCC lawyers had not assumed control of this project after the Lord Mayor’s inaccurate press conference in January, and common sense had prevailed, we would still be on track to meet the contracted ‘go live’ date,” DiMarco said.