To ensure researchers working in the state maintain world-leading position 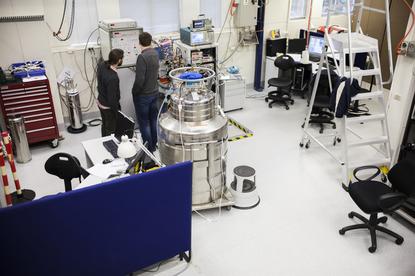 The New South Wales government has announced a $26 million fund to support the commercialisation of quantum computing.

The fund is available to research organisations to further developments in the field, and “make NSW a global hub for advanced training”, the government said.

“NSW researchers are already pushing the boundaries in this exciting field and the new fund will help to build even more momentum behind their work,” said NSW Deputy Premier and minister for skills and small business John Barilaro.

“It’s widely recognised globally that NSW is well and truly punching above its weight in the field of quantum computing, and the State Government is keen to ensure our researchers maintain their world-leading position in what’s being dubbed the new ‘space race’ - the race to build the world’s first quantum computer,” he added.

The state government said it was already eyeing some of the potential use cases for quantum computing; including more accurate weather forecasting, improved encryption, more efficient chemical processing methods, and better analysis of traffic movements.

“It’s impossible to over-state the potential benefits of this technological innovation in terms of economic growth and job creation,” Barilaro said.

“If quantum computing becomes a reality it will have a profound impact on all our lives and the state government is committed to making NSW a world leader in this new and exciting technology.”

NSW is home to the Centre for Quantum Computation and Communication Technology (CQC2T), based at UNSW, where researchers from a number of Australian universities are pursuing a silicon-based approach to building qubits (quantum bits).

The CQC2T has received funding from Telstra and Commonwealth Bank of Australia as well as the federal government as part of its National Innovation and Science Agenda.

Professor Michelle Simmons, director of the CQC2T at UNSW, welcomed the announcement.

“We're proud that the NSW government is backing our efforts to create the world's first 10-qubit integrated circuit in silicon," she told CIO Australia. "We thank the NSW government for its leadership in recognising the importance of quantum computing and its potential to bring future benefit to this state.”

A rival effort to the CQC2T – Microsoft’s Station Q program – late last year opened a research centre at the Quantum Nanoscience Laboratory at the University of Sydney. The team there is using a topological approach to forming qubits uses quasiparticles called non-abellian anyons.

“This research could push the boundaries of physics and engineering, possibly leading to technological spin-offs that we can’t even contemplate yet. NSW has significant strengths in information and communication technology, including data analytics, photonics, and quantum computing, all of which offer potential to tackle data-heavy problems more quickly,” she said.