Switches out PHP framework running on virtual machines for Node.js on Docker containers 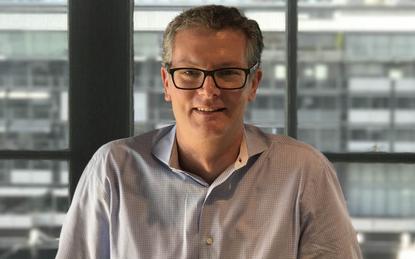 Advertisers too want well-designed webpages that will give their spots the most eyeballs and engagement.

Yahoo7 – a 50:50 joint venture between Seven West Media and troubled US tech company Yahoo – is one of the most viewed online channels in Australia, featuring in Nielsen’s top ten ranking alongside the likes of Facebook, Google and Instagram. Its news sites are the seventh most popular in Australia.

Despite reaching 9.5 million Australians every month, Yahoo7 sought to maintain and improve its popularity by making its suite of sites more user-friendly and even faster.

Achieving that aim has required a complete rebuild of the technology stack behind its seven consumer sites, and the reskilling of an entire IT team. At the helm is CTO Paul Russell, who previously served as head of technology at Network Ten and CIO for Fairfax Digital, who says: “This rebuild will be a game-changer”.

For the last six years, Yahoo7 had been running its sites on a custom PHP framework on virtual machines.

“It was considerably old and inefficient to work in and the sites weren't particularly fast. It was showing its age,” Russell told CIO Australia.

The framework was also frustrating the release of new site features.

“We were building every website individually. They weren't sharing anything between them. So when we came up with a great new feature we had to go and implement it on every site which is an inefficient way of doing things,” Russell says.

About a year ago, a solution was sought that would allow the 40-strong tech team to do less “bread and butter website development” and “create time for more innovative features”.

The answer, initially, was more PHP. Another internal Yahoo framework was considered, but it proved complicated and not fit-for-purpose. “A bit of a false start,” Russell says.

Quickly, the ‘more PHP’ option was dropped for Node.js running on containers.

“It's great to be able to share a language between the front end and the back end. It’s no longer just something to use to make the front end a little bit more functional. It’s a lot more mature, and the performance benefits are great as well,” says Russell.

For each site, the new framework allows page components can be reused which reduces development time and maintenance overheads.

Node.js has “absolutely come of age” in recent years, as Russell puts it. The likes of Walmart, Netflix, LinkedIn, PayPal, Groupon and eBay all utilising it in some form.

The overhaul has also seen a shift to containers, with Docker. This allows for the quicker spinning up of environments, and an ability to scale fast, essential when handling the huge spikes in traffic Yahoo7 experiences for breaking news stories.

“It really takes it to the next level,” Russell says.

The stack overhaul has also required a significant reskilling of staff.

“We had a business full of PHP developers with some front end Javascript developers and that's where we started,” Russell says.

Over the last year PHP developers have been reskilled to become Node developers.

“It’s something we're really proud of. It’s no mean feat. Node developers are very hard to find in the market and we have created, ourselves, a good number who are now very skilled. And that was that was a fantastic thing to do in terms of people on the team,” Russell says.

Managing the change was fairly easy, given Node’s rising status in the enterprise.

“They were keen. A lot of other companies have started moving towards node, so from a career development point of view it's great to add another string to their bow; it’s a good in demand skill,” he says.

The team – which uses Agile methodologies, switching between Scrum and Kanban when needs be – was also buoyed by the promise of time being freed up to be spent on Yahoo7’s ‘backlog’ of innovations.

“They were chomping at the bit because the old system really was a pain to maintain. Everyone was super keen just because of the promise of a more efficient development environment,” Russell says.

“It’s a more of a promise because we are in that transition phase. But it's really become apparent how much time we are going to save. When we look at our backlog of things we'd like to put out and test, it's exciting to know that we're going to be able to do that. In the past we had that same backlog but we'd just know that we wouldn't be able to get to a lot of that work.”

Lifestyle and entertainment website Be is the first of the seven sites to be relaunched, and went live last week. News, Sport, Weather, TV Guide, PLUS7 and Prime sites will follow one by one over the coming quarter.

Each site will undergo stringent user-testing with focus-groups engaged to suggest improvements. A speedy test and learn process means new features can be quickly adopted or dismissed.

“We do a lot of split testing so whenever we are contemplating a new feature we build a relatively minimal version of that and we put it out to a small percentage of our audience and see what happens,” says Russell.

Each feature has a set aim (for example to increase click-throughs) and associated metrics.

“That test and learn is the really big part of our process and I think we've used that really successfully as we've rolled out some really big changes and some really small ones that can have a big impact as well,” Russell adds.

Although the new Be has only been live for a short time, the metrics are indicating much faster pages, more video views and better advertising ‘viewability’.

Once complete, the new framework will make the team more nimble in response to customer and business needs, Russell says.

“We do change our mind based on current circumstances. What might be a great idea now, in two months’ time might not be, or more commonly, something we didn’t think was important suddenly it will shift towards the top the list because we see an opportunity there,” Russell explains.

“We are an agile business and we absolutely take advantage of the fact we can change direction pretty quickly and follow the thing that is the most important.”