The skills and traits of a next-generation CIO

Shifting technology budgets, old IT habits, and new turf wars have many CIOs stuck in a corner. Here’s what it takes to stand out as a great, forward-thinking CIO. 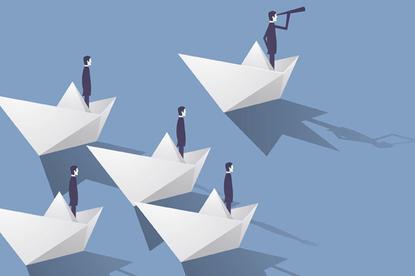 As digital transformation threatens to alter everything we thought we knew about business, the C-suite is suddenly crowded with geeks, and companies scrambling to disrupt themselves or die trying are looking to technology for answers, but not necessarily to the office of the CIO.

The need to spin customer data into gold has led to the rise of tech-savvy executives with titles like chief digital officer, experience officer, marketing technology officer, analytics officer, and the like.

But it's about more than just job titles; it's also about money and power. The average chief marketing officer's budget for technology is roughly on a par with the CIO's and will likely exceed it over the next few years, according to Gartner.

"The influence of CMOs on IT decisions is becoming greater and greater," notes Martin Häring, chief marketing officer for Finastra, a global financial services technology company. "That's because the demand for data and analytics as foundation for every marketing activity is increasing more and more."

But some of this can also be traced to a lack of innovation coming from the CIOs office. If old-school CIOs cling to an IT-business-as-usual attitude, they risk becoming second-class citizens in the executive suite, responsible for keeping the lights on and the servers humming but not involved in key decisions that drive the business forward.

But for forward-thinking CIOs, opportunities abound. Here’s how to navigate the quickly evolving business landscape and regain your C-suite mojo.

It's the customers, stupid

When Ingrid Lindberg was named customer experience officer (CXO) for Cigna Health in 2007, she was one of the first people to hold that title. But she wasn't alone for long.

"Back then, when you searched for 'customer experience officer' on LinkedIn, mine was the only name that showed up," says Lindberg, who was recently appointed president of Kobie Marketing, a provider of loyalty program solutions. "Now there's something like 37,000 of us."

Over the past ten years the number of digital customer touchpoints -- and the data associated with them -- has exploded. CIOs who see their primary function as managing internal IT systems are not in a position to deliver the information businesses need to improve the customer experience, she says.

"If you're a CIO who hasn't made the realization that we are multiple years into the age of the customer, then it's time to shop for a new job," says Lindberg. "You have to understand the customer's wants and needs. That's why one of the first things I do upon walking into an organization is figure out how to connect the CIO to the live voice of the customer on an ongoing basis."

CIOs need to be just as plugged into customers as CMOs are, says Lindberg, who has gone to great lengths to make that happen over her career. For example: papering the walls of the CIO's office with customer complaints, making them listen in on live support calls, and installing video screens that display downtime across every IT system they're responsible for.

"I'm kind of horrible like that," she jokes. "But you can do it in a friendlier way. It's really about asking. I tell them, 'Go talk to your CMO.' Most have enormous volumes of customer data and are more than willing to share."

A potential stumbling block, however, is that some organizations have developed a mythology about their customers that doesn't reflect reality, says Jake Sorofman, vice president and chief of research of the Gartner for Chief Marketing Executives group.

"Many organizations take for granted a level of knowledge [about customers] that simply doesn't exist, based on internal biases and anecdotal experiences," he says. "They see customers as they choose to see them or as they existed in the past, rather than developing a continuous source of customer insight."

The fastest way for a CIO to get a finger on the pulse of a company's customers is by parsing the yottabytes of data that have been collected about them.

"It used to be data was just something we backed up on a 24-hour basis," says Julian Hicks, a 30-year IT veteran who's now CFO/CTO for tech recruiting firm Staff Smart. "Now data is king. From an IT perspective it's the most important thing out there. Companies want to know how to slice and dice that data to give them a competitive advantage."

But not all top tech execs have been willing to dive deep into data. The reluctance of some CIOs and even some CMOs to allow customer data to drive business decisions is a key driver behind the rise of the chief digital officer, says Nigel Fenwick, vice president and principal analyst for Forrester Research.

"When we first looked at this a few years ago we found a lot of CEOs going out and hiring chief digital officers because they had either the wrong CMO or CIO and didn't want to replace them," he says. "It was easier to hire somebody with the title of CDO and say, 'You try and fix the problem.'"

While a new breed of CDOs has helped old-school companies like GE and McDonald's achieve dramatic digital turnarounds, savvy CIOs can take on this role by adding more data analysis know-how to their skillset.

"The growth of the CDO role, at least in part, reflects IT's failure to step up and take on one of technology's most important value-add functions," says Keith Collins, CIO for SAS, a $3.2 billion maker of analytics platforms. "The first thing I did as CIO was to participate in a week of analytics training with all our database administrators and business analysts."

CIOs need to be able to answer questions from their business colleagues, like how to reduce churn, limit their risk exposure, or identify potential fraud. They don't necessarily need to become data experts themselves, Collins says, but they need to know whether data can be used to address such questions.

Yet not many CIOs are taking data seriously enough.

"I ask my peers how much they’re investing in education on basic analytics, forecasting, and modeling, so they can answer a question for a business partner who wants to understand churn, for example," he says. "The responses are mostly blank stares. Shame on IT, and shame on CIOs, if they don't help their companies analyze data without creating a separate organization that becomes another quagmire of who owns what."

While CMOs, CDOs, CXOs, and CIOs usually have different mandates, the boundaries between them are sometimes less than distinct, says Gartner's Sorofman.

"There is a blurring in the specific titles and roles across all of these disciplines," he says. "There's no uniformity anymore. I think that's because one CMO doesn't look like the next with respect to the scope of their responsibility. In many organizations, the CMO may be the CDO."

When these execs tussle over the control of technology, everyone loses.

But there doesn't have to be a turf war, says Fenwick. Smart organizations build collaborative teams based on the strengths each member brings to the table.

Or they remove the territory entirely. Lindberg says one of the best ways for a customer experience officer to navigate inside an organization is to "become Switzerland."

"I like to say a great CXO has zero responsibility," she says. "You don't own any of the assets or channels, but you're wholly accountable for the orchestration of it all. That really does stop a lot of the turf wars."

Renee McKaskle, senior VP and CIO for Hitachi Digital Business, says tech execs need to stop focusing on whose IT budget is bigger and rely on each other's expertise to help the business move forward.

"For CIOs to remain relevant they need to recognize that they cannot be protecting any turf," she says. "They need to surround themselves with smarter people than themselves and continue to be humble. If they are the smartest technologist in the room, they’re in the wrong room — they haven't heard from the right people and they will quickly become obsolete."

Ultimately, McKaskle says, the core function of the CIO's office — to act as the wise consultant on every significant tech spend — shouldn't change.

"Regardless of where the budget sits, if there's a technology purchase, I see it to make sure we're rationalizing it and not duplicating functions," she says. "One day the CMO is going to tear a story out of an airline magazine, hand it to you and say, 'This is really cool, can we implement this?' You need to able to say, 'You know, this doesn't really do what you think it does, but it sounds like you're looking for something from a business perspective because there's a gap. Let's talk about that.'"

"They should think of themselves as chief relationship officers for IT," he says. "Then you realize you have to build relationships and rapport with the business people, who will recognize that you're only just trying to help. You're not trying to mandate; you're trying to understand what their needs are and find the best answer."

One reason CIOs have ceded power over some technology decisions is they tend to say no a lot, says Collins. That leads other team members to seek innovative solutions elsewhere.

"We're empowered to say no, especially when it's a bad decision," he says. "It's part of what gives us a bad rap. But CIOs rarely get the opportunity to say yes without a business partner in hand."

CIOs are notoriously risk averse, notes Finastra's Häring, especially in the financial services market, where software has a shelf life of 10 years or more.

"Changing such fundamental software is often like changing the wheels of a running car," he says. "The risk of downtime for a bank is too great. Because of that risk factor, a lot of CIOs will say no to innovative new systems instead of leaning forward and saying, 'Of course; this is important.'"

Today many CIOs have the opportunity to connect with customers, dive deep into data, collaborate with their digital experience and marketing peers, and use technology to create value and even drive revenue for the business.

But often, the freedom to pursue this must come from the top of the org chart, he adds. CIOs may need to gently educate their bosses on the impact of digital transformation and the changes their organization needs to make.

"I've always said CEOs get the CIOs they deserve," he says. "The CEO who sees technology as a potential accelerator of the business, particularly around the customer experience, will look to CIOs who are much more business savvy and able to see how they can use technology to drive revenue growth."