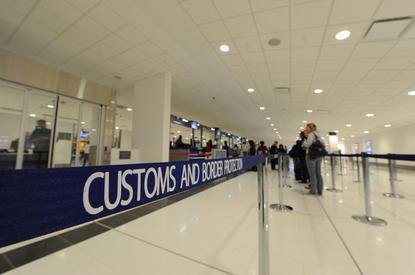 The federal government will spend $22.5 million over the next three years deploying facial recognition technology at Australia’s airports, eliminating the need for travelers to produce passports at gates.

Under a contract with Vision-Box Australia, the government will initial deploy 105 new smart gates with more expected to be rolled out in the future. The latest deal is part of the government’s $123.6 million investment in improving border services.

The Department of Immigration and Border Protection said on Thursday that it would deliver a “world-leading automated and contactless traveller clearance process for people arriving in Australia by air.”

Minister for Immigration and Border Protection Peter Dutton, said the project is another step towards contactless processing and reinforced the government’s commitment to protecting Australian borders while providing a seamless experience for travelers.

“Australia is committed to being a world leader in the use of biometrics at our border to facilitate legitimate travel, protect our community and prevent the activities of potential terrorists and criminals,” Minister Dutton said.

Around 40 million passengers and crew are cleared through the border at Australian airports each year and this number is expected to rise to 50 million by 2020.

Border Protection’s CIO Randall Brugeaud also indicated last October that the agency could use thermal imaging scanners and software to identify travelers who become agitated on their approach to airport customs.

Although thermal scanning has been used at airports since 2009 for quarantine purposes, the technology had not been applied to border clearance where it could be used to determine if someone has an abnormally high temperature.

Meanwhile, the government has also been creating a National Facial Biometric Matching Capability. A Face Verification Service (FVS) is a key part of this system, which gives the Department of Foreign Affairs and Trade and the Australian Federal Police access to citizenship and visa images held by the Department of Immigration and Border Protection.