Driver fighting back against 'algorithmic management' used by the company 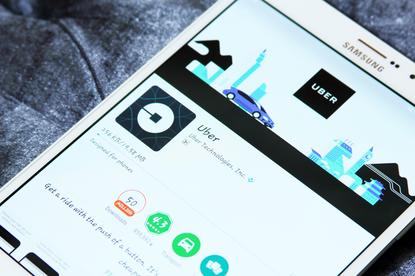 Uber drivers are tricking the algorithms that the ridesharing company uses to track and evaluate driver performance and avoid UberPOOL, where drivers have to take multiple passengers who are heading in the same direction.

A study by Warwick Business School in the UK and New York University has unearthed details on how Uber drivers have fought back against algorithmic management used by the company.

The institutions analysed 1,012 blogs on the uberpeople.com platform and found that drivers would organise mass ‘switch-offs’, forcing prices to surge in certain areas due to a lack of available cars. This means that drivers get a bigger slice of the cost of each ride.

“In response, drivers have developed practices to regain control, even gaming the system,” Mohlmann said. “It shows that algorithmic management that Uber uses may not only be ethically questionable, but may also hurt the company itself.”

Drivers are either accepting the first passenger on UberPOOL then log off or they just ignore requests so they don’t have to make a detour or pick anybody else up.

“Then they still pocket the 30 per cent commission for UberPOOL rather than the usual 10 per cent,” said professor Ola Henfridsson of Warwick Business School.

And despite it being part of their agreement with Uber, drivers ignored UberPOOL requests.

“There are real tensions between drivers’ need for autonomy and a platform programmed to be always in control,” Henfridsson said. “Uber’s algorithmic management system may even be counterproductive as drivers try to break free of it. Indeed we found most also operated alternative ride-hailing platforms such as Lyft, Juno, and Gett using whoever provides a ride first.”

Under constant surveillance through their phones and customer reviews, drivers’ behaviour is ranked automatically and any anomalies reported for further review, with automatic bans for not obeying orders or low grades.

Drivers receive different commission rates and bonus targets and are left in the dark as to how these are calculated. Drivers also believe they are not given rides when they reach a bonus, the researchers said.

Compensation for UberPOOL, which drivers have to agree to do or ban, is even more complex. Drivers are forced to accept different passengers on the same ride, even though it is not economically beneficial to do so.

“The drivers have the feeling of working for a system rather than a company and have little, if any, interaction with an actual Uber employee,” said New York University’s Dr Lior Zalmanson.

“This creates tension and resentment, especially when drivers can only email to resolve problems. Uber’s strategy is not at all transparent; drivers do not know how decisions are made or even how jobs are allocated and this creates negative feelings towards the company.

“So they fight back and have found ways to use the system to their advantage.”