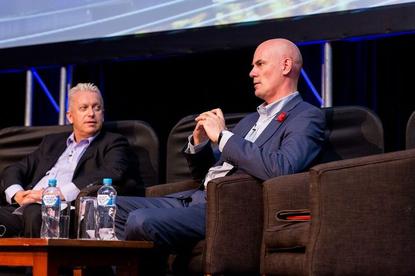 DuluxGroup’s Matthew Perry has quit his post at the $1.7 billion paints and adhesives company and will start work next week at ASX-listed Orora Group as its first CIO.

Perry has been at DuluxGroup for four years, and along with his team, he brought about efficiencies and cost savings across 18 business units, which were previously running their own ERP and CRM systems, and other business processes and functions. He discussed this transformation project – dubbed DuluxGroup 2020 – in late 2015.

Perry told CIO Australia that he takes on CIO roles for four to six year periods to help organisations turn their IT groups around by building roadmaps and high functioning teams before moving onto the next challenge.

In this case, Perry is moving into a different industry and says he was initially approached by Orora to undertake the new role after the organisation heard about the changes he made at DuluxGroup.

“With the acquisition of their businesses in North America, they felt it was appropriate to look at appointing a CIO,” said Perry. “I think they recognised the need for a strategic leader to help co-ordinate and lead the [IT] function,” he said.

Orora was created in late 2013 following the demerger of Amcor's Australasia and packaging distribution business.

Prior to DuluxGroup, Perry was executive director, global commercial services and North American development at Boehringer Ingelheim Pharmaceuticals. He started work at the organisation in 1999 as its Australia and New Zealand information systems manager before undertaking various senior IT roles at the company’s operations in Singapore and Mexico.