Despite new silicon, 802.11ax isn't coming to the enterprise for a while

The release of 802.11ax chipsets by Broadcom, Qualcomm and others doesn't mean that standardized gear will be ready for everyday use soon, experts say 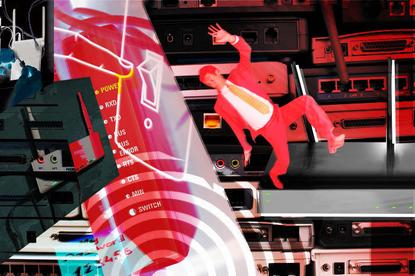 The next great leap forward in Wi-Fi got a little closer to reality Tuesday with Broadcom’s announcement of a new family of chips designed to comply with the not-yet-finalized 802.11ax standard, but you might not need to game-plan for the arrival of 802.11ax products in the enterprise for quite awhile.

However, thanks to several factors, including an unusual adoption cycle, the capabilities of existing Wi-Fi hardware and the standards process itself, 802.11ax is unlikely to take enterprise wireless customers by storm before late 2018, according to experts.

802.11ax will be the next major overhaul of the Wi-Fi systems that we use in the traditional 2.4 and 5GHz frequency bands. It will add a technology called orthogonal frequency division multiplexing to the multi-user MIMO technology introduced in the second wave of the existing 802.11ac standard, reaching potential throughput of around 10Gbit/sec and more easily handling dense, complex network topologies that feature many different types of devices, including IoT.

The IEEE, which codifies the standards used in commercial Wi-Fi, hasn’t finalized 802.11ax yet, and Broadcom’s new chips – along with those from Qualcomm and Quantenna, announced earlier this year – are pre-standard hardware.

Craig Mathias, a Network World contributor and principal at the Farpoint Group, said that you can’t claim compliance with something that doesn’t yet exist, but pointed out that pre-standard Wi-Fi hardware generally winds up conforming to the eventual standard.

“I think it’s important that the chips get out there with the understanding that things can change,” he said. “So far we haven’t seen any instances where chips have been produced that had to be tossed.”

Pre-standard hardware generally gets released on the consumer side, since it’s lower-cost gear, and you’re generally speaking in terms of individual devices, not a big campus-wide network of access points – it’s sort of like a beta release, before the stricter requirements of the enterprise come into play.

“I don’t know if it’s intentional, but it certainly seems to play out that way,” said Zeus Kerravala, principal at ZK Research and a regular Network World contributor.

Vendors are more hesitant to offer pre-standard gear to enterprise customers. Kerravala estimates that such hardware will be months behind the consumer-grade equipment.

The multi-user MIMO technology in place in 802.11ac wave 2 is a big step forward for Wi-Fi, adding the ability for multiple antennas to service multiple devices from a single access point. It’s a much more efficient use of frequency than previous-generation technology, and a badly-needed overhaul for wireless networks dealing with greater and greater levels of density and demand.

“There’s not a network in the world that’s shrinking, I’m sure,” said Mathias.

And while the technology has been around for some time, mu-MIMO is only recently getting to market. It requires both endpoint and AP to be 802.11ac wave 2-capable, but there are very few compliant smartphone and laptop endpoints on the market.

Typically, a lack of compatible endpoints is a bigger brake on the adoption of a new wireless standard than a lack of access points, according to Kerravala.

Mathias said that 802.11ax is going to be a successful technology, but it’s just not going to happen overnight.

“All I’m saying is it’s going to take longer than it has in the past for that standard to really become well-established in the marketplace,” he said.