Microsoft Teams gets a boost with Adobe partnership 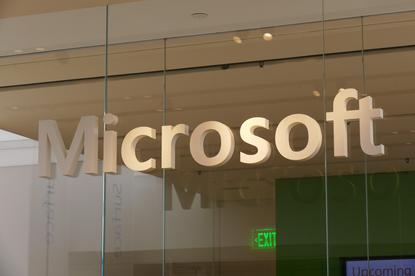 As part of the effort, Adobe Sign is now the “preferred” e-signature platform for Microsoft’s product portfolio, the two companies said in a statement Thursday. For Adobe, this means potential access to 100 million users of Microsoft Office365 suite as well as the Dynamics CRM platform.

Integrating Sign with Teams is designed to help simplify electronic signature processes for groups of employees, the companies said. An Adobe Sign app available in Teams will enable users to send documents for signing, while a Teams bot will support management and tracking of documents.

The partnership is likely to provide a boost for Microsoft as it pushes Teams to customers, said 451 Research analyst, Raúl Castañón-Martínez.

While the alliance may not impact product adoption “it will definitely be a plus for its existing customer base because they will be able to do more with Teams,” he said. “More than anything, this will help with customer retention. This is a smart move for Microsoft, but not something it could afford not to do.”

While the partnership with Adobe is a plus for Microsoft, it does not necessarily give the company an advantage, he said, as it is “still catching up with Slack when it comes to third-party integrations”.

The partnership follows an initial tie-up in September 2016, when the two vendors announced that Adobe Creative Cloud, Document Cloud and Marketing services would be available on Microsoft’s Azure public cloud.

“Adobe’s success has been its ability to deliver products that are vertical specific (for marketing, sales, and creative professionals), but these tools are siloed departmentally and don’t serve as a unifying, collaborative experience across an employee base. Microsoft’s Office365 strategy is the opposite,” she said.

“Teams is great for cross-organizational communications and general information capture, but lacks role-specific functionality that make it mission critical for team and individual responsibilities. The combined effect is that Teams can act as connective tissue across business units while Adobe delivers the functionality, data and specialized assets behind specific business objectives.”

She noted that, although the ‘preferred' partner arrangement doesn’t mean exclusivity for either party, Microsoft and Adobe each boast large client bases and little technological overlap, offering potential for future revenue generation. “The cross-sell opportunity is considerable should the companies create the right experience incentives,” she said.

The Adobe Sign integrations with Microsoft Dynamics and SharePoint are already available, with Teams, Flow and Sharepoint following suit  in the coming weeks.

Adobe Creative Cloud and Team integrations will also be available in the same time frame, with Experience Cloud “to follow.”