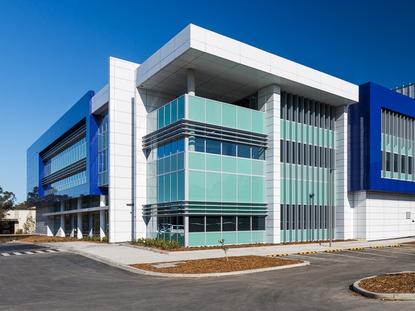 The Sydney centre, in Huntingwood near Blacktown, will run its first loads within the next two months, with an initial 20 megawatts of capacity.

The next phase of construction has already begun – which will add a further 10MW – and as demand grows, the centre will eventually reach total capacity of 80MW. When finished, the Sydney centre – which covers 64,000 square metre plot – will be home to 30 discrete data halls, each supporting up to 3MW of IT load.

A second data centre in Melbourne will open “within weeks”, with 50MW capacity when complete.

The company has secured dedicated electricity infrastructure to both sites – 132KV dual feed power supply in Sydney and 66KV dual feed in Melbourne – that will provide significant resiliency, scalability and lower electricity costs for its customers, it said.

AirTrunk was founded by Robin Khuda, formerly chief commercial officer and deputy CEO of NEXTDC before he left the company in 2013.

“I saw the way the market was moving. I took a long term view. I genuinely believed in public cloud in particular how big they were going to grow,” Khuda told CIO Australia.

Major cloud providers are seeking high reliability and cost efficiency, as well as quick deployment and the ability to scale up, Khuda added.

“They don’t want to wait for 15, 18 months for a data centre operator to deliver capacity. You look at Microsoft or Amazon, they’re basically doubling their infrastructure. They do their capacity planning every fortnight. They need it fast,” he said.

“We’re building at a massive scale. That gives us efficiency of scale. ‘I have my wish list, these are the four things I would like, I don’t care about all that fancy lighting and everything’. I care about what the customer wants and that’s how the whole project started. And that’s how we differentiate.”

The company look set to expand rapidly into the Asia Pacific region, eyeing new builds in Singapore, Hong Kong and Japan. A builder has already been appointed for another data centre in the region.

“We want to continuously drive efficiency. How we can build even cheaper? Faster? Reliability wise we’re probably already there. It’s continuously getting the cost efficiency and a much, much faster build. That’s really the approach,” Khuda added.