Will be released on Wednesday 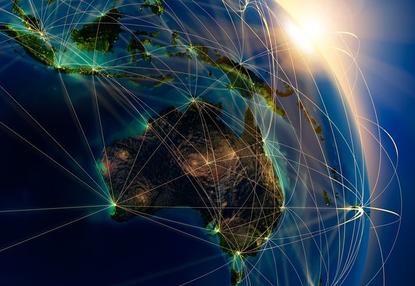 The government's International Cyber Engagement Strategy will be released on Wednesday and be focused on the Indo-Pacific region, Australia's inaugural Ambassador for Cyber Affairs Toby Feakin said today.

Speaking at the SINET61 cyber security conference in Sydney this morning, Feakin said the mantra of those forming the strategy had been "global in perspective and regional in focus".

"We think it's in the region that we're going to have most bang for our buck in terms of the practical work that we do. We have regional knowledge beyond most. We have a trusted diplomatic brand and that's something that we hope to capitalise on. We have strategic economic interest in the region and we have long standing partnerships across the region already. We need to capitalise on those make the most of them," Feakin, who was appointed in November last year, explained.

The formation of the international strategy was set out in the government's $230 million 2016 Cyber Security Strategy to prioritise and coordinate Australia's engagement on cyber issues on the world stage.

"As nation states we've fought, traded, stolen from each other, aided each other, since the dawn of time. That doesn't change but now what we see are those sets of behaviours shifting into the online world. We've got to the point now where there is scarcely an international issue that you will see which doesn't have some kind of cyber component," he said.

"And that's both for good reasons and also bad. But we cannot escape this now."

The Department of Foreign Affairs and Trade has been consulting with government, industry and the public on the strategy since the beginning of the year.

As well as highlighting the commercial opportunities for Australian businesses, the strategy will also set out how the country will combat and shut down safe havens for cyber crime, and tackle the "increasing blurring of lines" between state and non-state actors.

"We seeing regionally an increasing number of countries developing a cyber warfare capability, we don't see this in itself as an issue but if it's not spoken about and it's not within a framework of international laws then it does become problematic for the region," Feakin said.

While ASD’s offensive capabilities had been targeted previously at terrorists, this was the first time it had been directed to attack foreign criminal networks.

"It is legitimate for states to develop the capability and we've been pretty transparent as a country about those tools, what we do with them, how we apply them and how they're constrained. But these cyber capabilities need to be used in accordance with international law. That's a point we're unapologetic about pushing," Feakin said.

The strategy will also consider how to "support a free, open and secure Internet" worldwide, the protection of human rights and democracy online and the use of digital technologies in international development.

Feakin added the strategy document would not simply "sit on the shelf".

"It's packed with actions, it's not just words and rhetoric, it's about how do we achieve those goals, what are the practical pathways to do it. We've really made a concerted effort to make sure this document coordinates activities across government and also into the private sector and is supported and fully costed by significant budget," he said.