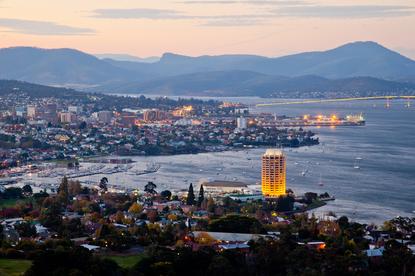 Just four months after turning Launceston into what it claimed was Australia’s first gigabit city, Tasmania’s Launtel has made Hobart the next city in the island state to reach gigabit status.

Launtel, which claims to offer internet speeds 10 times faster than any other NBN internet service currently available to businesses with pure fibre-to-the-premises (HttP), chose Priceline Glenorchy for the VIP launch ceremony for the new service.

"After that, we can look forward to the opportunity to upgrade other areas of Tasmania such as Burnie and Devonport on to the pure fibre gigabit network,” Costigan said.

According to Costigan, the introduction of gigabit internet adds a new economic driver that offers high wage employment opportunities and environmentally friendly growth.

“It's an industry that firmly places Tasmania at the forefront of the high tech industry in Australia, and makes it the logical business location for Australian businesses wishing to interact on equal terms with other high speed economies around the world,” he said.

On 30 May, Launtel switched on its gigabit network in its hometown, Launceston, giving the local business community 100 per cent NBN FTTP connectivity that it said would enable gigabit speeds at commercially viable rates.

The city centre is on a fixed fibre connection while the surrounding suburbs are all on fixed wireless, according to nbn’s national rollout map.

Launtel began trading in 2007 under sole director Damian Ivereigh, and was born out of Ivereigh’s frustration with the “impersonal service” that he and small business associates experienced with large telcos.

The company has since grown to include a full team of staff including experienced technicians, networking specialists and administrative staff.

“We are providing a service that is so fast that internet speed is no longer a limiting factor in business productivity,” Ivereigh said in May.

“It removes the disadvantages of distance for Tasmania and puts us in the box seat to grab all opportunities,” he said.