​Tech chiefs make their predictions for 2018 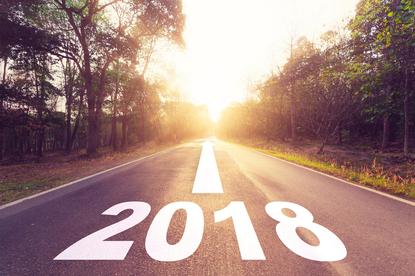 Over the past year, we have seen new technology released at a rate many would have considered unrealistic even a few years ago as new gadgets, solutions and platforms nestle more closely into our everyday lives – both at work and play.

While questions and aspirations around how technology will continue to evolve in coming years are yet to be realised, the real question seems to be whether Australia’s CTOs and CIOs can keep pace and how they can ensure they are effectively leading their teams who will be delivering it.

To get the bottom of this, we asked four tech chiefs what they believe will be the major challenges, opportunities and trends for next year.

A common theme was the need for companies to ensure their systems are compatible with each other allowing for ease of communication, productivity and most of all work towards higher engagement across the whole company. IT and people, it seems, have a lot in common.

Foth said in the rapidly developing world of technology and business communications, organisations needed to adopt a “whole-of-organisation” strategy to IT.

“Anything to do with data, information and technology must become a whole-of-organisation strategy,” he said. “This requires CTOs and CIOs to be practising their lateral thinking skills and avoid driving digital strategies leading with the technology. Technology is just the enabler, so focus is on the impact.”

And while the technology itself would change and evolve, it was critical companies do not lose focus on attracting the right people and technologies which complement each other.

“It will be essential to have the trans-disciplinary skills and expertise: programmers who studied music; systems architects with double degrees in interaction design; cyber security experts who were former lawyers,” Foth said. “The secret to Silicon Valley’s success is not technology; it’s in the humanities and the arts.”

As for the evolution of technology itself, Marcus said there are both opportunities and challenges to be confronted in 2018.

“There will be increasing pressure on the technology industry as well as on CTOs and CIOs to show ethical and corporate social responsibility when it comes to planned obsolescence of IoT and other digital devices,” he cautioned.

“Customers and regulators will demand action on climate change and environmental sustainability. Unregulated mining of cobalt in the Congo but also depletion of rare earth metals and an ever growing e-waste problem will become issues that CTOs/CIOs are expected to tackle.

“Cradle-to-cradle supply chains and circular economic principles will challenge the old adage: out of sight, out of mind,” he said.

When talking about what technology advances to expect in 2018, Thomas shared a recent experience which gave him a renewed perspective on the development of technology.

Listening to an audio version of Microsoft’s CEO Satya Nadella’s book Hit Refresh, Thomas said he was struck by a comment Nadella quoted of colleague, Alex Kipman who said ‘the evolution of computing had only reached the equivalent of prehistoric cave paintings’.

“Now that’s a scary thought,” he said. Thomas said there had been a definite shift towards more flexible operating models and said this was expected to continue in 2018 as the emphasis moved from ‘owning’ technology to systems which allow us to ‘access’ technology.

“IT leaders should have a good grip on their spend, where it’s offering value and where it isn’t, so they should be employing good tools to report relevant data in order to perform useful analysis,” he said.

Thomas believes the focus on artificial intelligence (AI) will continue to dominate industry talk through 2018 among all the major players including Amazon, Google, Facebook, Microsoft and IBM who he said will be competing for attention and market share.

He also believed the impact of AI will not be fully realised for some time to come.

“It is incumbent upon just about any technology leader to follow AI, machine learning and mixed reality,” Thomas said. “At the very least, you will need to be able to articulate and explain to your executive peers and the wider organisation, the possibilities of AI in your particular business context.

“While the opportunities appear exciting and within reach, I think it’s the challenge of IT leaders to help articulate and make tangible what is in fact possible – otherwise you can get carried away.”

From a personal point of view, Thomas, who works in news media, said AI would not replace journalists yet, rather it will accelerate news gathering and the publishing process.

“Where AI will be more obviously experienced is in voice-activated devices,” he added. “These will probably be more significant for the news industry in 2018.”

The CIO at Redland City Council for the past three years, Henderson said a key challenge for business in 2018 and beyond will be sourcing and retaining data security specialists, while ensuring technological systems remain agile.

“There really is a need to stop building monolithic systems and start focussing more on getting to market quickly,” he said. “I think there also needs to be a whole-of-government approach to finding technological processes and systems. There is a need to modernise while also managing costs.”

Henderson said the push to find cost efficiencies while exploring new technology creates a natural friction for many businesses, but with so many systems now available, the right IT advice early on in your set-up will help navigate through this.

“I believe there will be a stronger move towards adopting innovative ways of thinking and innovative technologies,” he said.

Henderson also believes digital transformation will start to be seen more as everyone’s concern and problem, not just the technology department.

“Over the next 12 months I think we’ll be progressing further towards the fourth industrial revolution, particularly in the government sector,” he said. “We’ll also see a lot more definition in public and private collaboration.”

While on the government sector, Henderson said on a whole the biggest challenge will also be in ensuring bureaucracy doesn’t get in the way of adopting innovative ways and technologies.

Ogilvie has been the CIO at Jetstar for 15 months, following experience in a diverse and impressive range of industries covering agribusiness, petroleum and pharmaceuticals.

She said one of the key challenges facing business was the need to quickly understand and adopt new, useful technologies to stay ahead of the competition.

“If you look at a company like Jetstar and the aviation industry, technology moves very quickly and for many companies, that means reinventing ourselves time and time again,” Ogilvie said.

“Continuous reinvention is critical to keep up with the market. The technology lifecycle is getting faster and faster and timeframes to respond get shorter and shorter. The aviation industry runs at a very similar pace.”

Ogilvie said a key challenge for business in 2018 would be maintaining in-built flexibility and agility in their approach to technology. This includes moving systems to the cloud, adapting new operating models and ways of working, which enable the business to continuously iterate and improve cheaply and quickly.

An example includes applying principles of the ‘Tribal’ operating model used by Spotify and now used by typically more traditional industries such as banking.

“Technology is now in all areas of the business, so the technology function also needs to be integrated with the business,” she said. “Hence technology considerations need to be an integral part of decision-making.”

“I think companies need to start thinking about how technology can be an integrating force for a business.”

Ogilvie said the real focus in the world of technology for 2018 would be the ‘culture of innovation and agility.’

“Innovation is not just a team or a framework you put in place,” she said. “It’s really a culture. Thankfully more boards are starting to pay attention to the culture of innovation and this will pave the way forward.

“With this change, also comes the need for people in technology – particularly in leadership roles - to become more engaging and develop skills that see them building a bridge between the business and the technologies that can enable and potentially help shape their strategies.

“Without those essential skills and a deep understanding of business risk management, boards and executives may not play with or adopt newer and emerging technologies, which might provide that competitive edge, and that’s imperative.”

Jordan Duffy is the director of strategy for Buckham & Duffy.