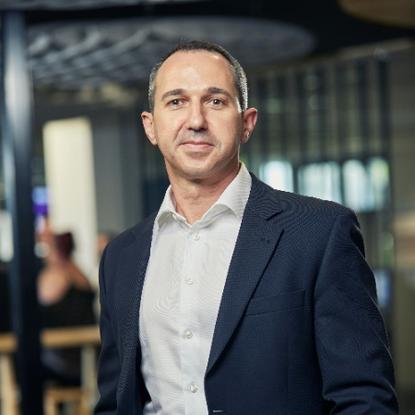 GM Holden's CIO and head of information technology, Peter Lane, has left his post at the iconic brand.

“Holden this year has had a really important milestone with the end of our manufacturing operation. It marks the end of a very very long chapter for the business. But with that we become a much more focused, much leaner organisation. The workforce required to sustain manufacturing operations is really significant and as we become a sales company, the business contracts significantly,” Lane told CIO Australia.

“And the IT team, obviously, needs to contract in line with the business. And so that has created an opportunity for me to think about what my next chapter will be.”

Lane was named head of technology in 2016 after previously holding the senior IT manager post from 2011. He first started at GM back in 2007 where he was the business planning manager for GM Europe's sales and marketing in the UK.

Certainly, Lane’s departure comes at a time of total transition for the company. Friday October 20 marked the end of an era for the Australian manufacturing industry with the closure of the vehicle plant in Elizabeth, South Australia. While Holden is an ongoing brand, from now on the cars will be imported. Holden said in October that 85 per cent of the 738 workers at the Elizabeth plant had transitioned to new jobs, study or retirement.

Asked about staff shrinkages in the organisation's IT department, Lane said his CIO/head of tech role at GM Holden will change course.

“It will become much more of what I’ll call a country lead role. Holden really benefits from GM’s global IT organisation. And I think now the role will really just become much more about a liaison back to the global IT team. I anticipate [the replacement] will be someone from within the existing team. Someone will be giving the opportunity to step up to take that role,” he said.

“The GM IT organisation, and this is part of the reason why I’ve decided to move on, is really now focused in North America and looking to leverage the scale and scope of the North American team, so they won’t be bringing a leader back here to replace me.”

He said the footprint in the Port Melbourne building is shrinking, and the company is looking to bring in a co-tenant. “Right across our business literally every function has been impacted by the change that is taking place,” he said.

In preparation for the end of manufacturing for GM Holden, Lane said he worked hard on preparing the company for the shift towards enhanced customer service.

“With the end of manufacturing, we lose the opportunity to differentiate by product. The products that come to the Australian market now will be determined largely by folks overseas, and they will be global platforms, so we won’t differentiate there. We will differentiate by customer service.

“So the transformation that I’ve been working on is really, ‘how do we support the business to be much more customer centric? How do we amplify our digital capabilities, our online presence? And what services can we use technology to enable that really become a point of difference for our customers?”

As part of the customer service work this year, he said the team rolled out a true B2C vehicle sales platform.

“That is one of the first in the country. Typically, people are used to buying their car from a dealer network. But we’ve enabled a purely web-based vehicle purchase experience as a point of difference, as an example.”

Asked Lane’s next steps, he said he’s on the hunt for another substantial CIO role.

“I’ve been with General Motors now for ten years and had some amazing experiences. Through that time, I have come through the global financial crisis, come through GM’s transition from an outsourced IT model to an insourced IT model. I have worked in our European business on big Europe-wide programs.

“I have worked here in our Australian business. It is a much more focused operation. They’ve done really big system implementations here that are really disruptive to the business and so I’m looking for another substantial CIO role where I can really impact the business.”

He said today’s CIOs need to be on top of the push towards digital transformation.

“We’re hearing a lot these days about digital transformation. I see that really as being about how do we gather more data and use that data effectively to grow our business. And so I’m really excited about IT as being not just a business enabler, but being a key partner at the leadership table, and growing the business around IT capability,” he said.

Additionally, he said he’s open to jumping into another sector or vertical.

“Certainly, the opportunities within automotive are really now very limited. All of the big players have wound up their manufacturing operations, so I see a move into a new sector. Again, something that offers the opportunity to do something impactful with the IT organisation. I have also focused a lot on creating what I call a service culture within IT. The common perception of IT is being a blocker, or IT being bureaucratic," he said.

“But I have really tried to engender a culture of ‘yes.’ Whatever you want to achieve, our answer is ‘yes.’ We just have to figure out together how we can get that done. And that’s been a real shift in mindset, and I’m looking for an opportunity where I can do that cultural transformation within the iT team, but also do that positioning of IT as a revenue driver.”