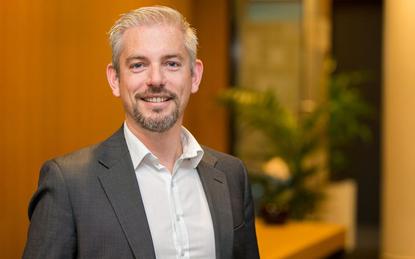 Surging demand for Microsoft’s cloud services in Australia has prompted a search for a new chief technology officer (CTO) for the company in the local market.

Since late 2015, the role has been occupied by James Kavanagh, who picked up the additional position of Microsoft Azure engineering lead for the vendor in Australia and New Zealand in August last year.

“Today is a big step forward and another first – progressing to deliver our hyper-scale cloud for both unclassified and protected data from facilities designed for the handling of even top secret classified data and surrounded by an ecosystem that can drive real outcomes for government," Kavanagh said at the time.

Slated at the time to be made available in the first half of 2018, the two new regions complement Microsoft’s existing cloud presence in Sydney and Melbourne, and are set to focus on government customers and their suppliers at federal, state and local levels.

“We’re confident these two new regions and the services provided will satisfy requirements for unclassified and protected data. And that confidence comes from the simple fact we’ve already completed assessments under the Independent Registered Assessors Program (IRAP) for services in Sydney and Melbourne," Kavanagh said.

As reported by sister publication, Computerworld, a Microsoft spokesperson said that Kavanagh's move to vacate the Australian CTO role, and the subsequent search for a new candidate, was due to the “incredible demand we’re experiencing for Microsoft cloud services in Australia”.

"As a result of James [Kavanagh's] move into this new role, we are now advertising for a national/chief technology officer (NTO/CTO), to support our customers as they transform their organisations to take advantage of cloud and digital services," a spokesperson for the vendor told ARN.

Microsoft put out the call for a new NTO/CTO for Australia at the beginning of January, suggesting that the ideal candidate would be a “role model and leading expert on digital transformation”.

The job advertisement also called for someone with a “proven track record how to inspire senior executives of customers and government decision makers with a compelling technical vision – leading to an acceleration of the business transformation of Microsoft and the market in industries”.

Microsoft is looking for a candidate who is a recognised technical expert in local regulatory environment and policies impacting Microsoft, partners and customers, and is deeply familiar with the company’s products and cloud services compliancy processes and capabilities and how to position it to customers and train partners.

“Due to the nature of the role and a need to either have or capable of achieving Australian Security Clearance only Australian citizens can be considered,” the job advertisement stated.