Sharing the stories of the CIO50: #22 Peter Auhl, City of Adelaide 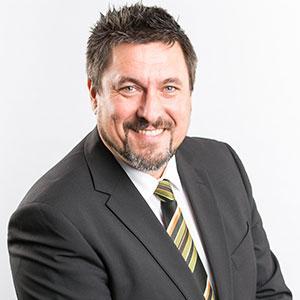 The City of Adelaide’s data-driven future is all down to a single person: a woman called Claire.

Claire doesn’t exist in real life, but she is ever present in the minds of the authority’s chief information officer Peter Auhl.

Claire’s story was created to help unlock what a smart city of the future could “look and feel” like from the citizen’s point of view.

“The tool enabled us to circulate a vision which is very consistent and clear and enable provoking discussion. It wasn’t about the technology per se but more about what the outcome could look like, what if would feel like for Claire to have government right out of the way so she is able to make her own decisions about what she wants to do and how she wants to interact with the city,” explains Auhl.

Made into storyboard that could be shared with the leadership, staff and stakeholders, Claire helped to explain the benefits of technological changes without getting too technical, encouraging an emotional connection to the work and a sense of purpose.

“It is simply understanding a day in the life of a customer and their interaction with the City of Adelaide in the future and how Claire could easily obtain information whilst in another part of the world to make an investment decision around starting a business in Adelaide – right down to what an officer at the CoA could do to ensure we were generating the right information and insights for Claire so she could make a more effective decision,” Auhl explains.

“It allowed us to talk to staff across all levels of the organisation and get them emotively connected to something that is incredibly passionate and something that they can feel they are playing an important part of – which they are – in helping create a better city for their children and their families into the future,” he added.

As part of the work, Auhl even put decision makers to task by getting them to experience the city as a citizen unlike themselves. In what the former South Australia Department of Planning, Transport and Infrastructure CIO describes as one of his proudest examples of engaging with the wider business, the stakeholders were set tasks like trying to obtain a buskers permit, and even – with assistance from Vision SA – fitted with a device to impeded their sight to experience what it was like to be vision impaired and shop at the city’s Central Market.

“The learnings for those involved were profound and had a far wider impact across the organisation about the concept of customer centricity than I could have ever hoped,” he said.

The authority sees data as being intrinsic to the future success of the city. To better curate and deliver the information the authority and customers need, the technology team over the last year completed its Data Management Platform.

“The curation of data is how we envision a future for government to provide these types of facilities empowering customers to make their own decisions and choices around how they interact and utilise the services of the city – be it services provided by our organisation or enabling them to leverage more effective service delivery themselves,” Auhl explains.

Data has also driven a slew of innovations at the City of Adelaide, which are at different stages of development. One applies machine learning to the traffic congestion in the city, to figure out the consequences for carbon emissions.

From the outset, however, the team was keen to see what else they could draw from the single traffic patterns dataset. Applications have now been found in traffic management, finding transport cost efficiencies, and around noise and airborne particle proximity concerns for building design.

“Our intent was also asking about how could we obtain a ‘double dividend’ to make sure we aren’t just focusing on one outcome and we are getting a multiplier effect,” Auhl says.

The government authority has also released a 3D model of the city as an open data set. A local company has since used it to build an augmented reality experience of Adelaide.

“The power of this outcome was that customers and decision makers alike are able to walk virtually through parts of the city and experience what it would feel like, if for example we wished to remove a large building and turn it into a park.”

The potential of the Internet of Things is also being explored with trails around ‘follow me’ lighting, light harvesting and smart parking.

Thanks to Auhl and his belief in technology to improve citizens’ lives, Adelaide is fast transforming into a city of the future. In November, New York-based international think-tank, the Intelligence Community Forum named Adelaide among the world’s top 21 ‘smart communities’. Claire will be pleased.