Huawei unveils first car to be driven using a smartphone 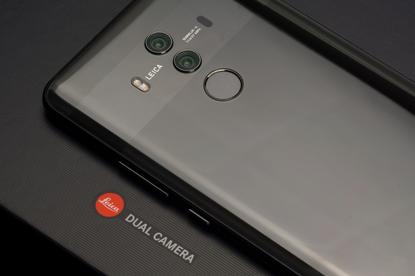 Huawei is the latest company to throw its hat into the ring in the race to get autonomous cars on the road. The Chinese tech giant said on Thursday that it was the first mobile device manufacturer in the world to use an AI-powered smartphone to drive a car.

The company said that unlike other driverless cars – which simply detect obstacles – it had transformed a Porsche Panamera into a driverless vehicle that also understands its surroundings. This means that it can distinguish between thousands of different objects such as a cat or a dog, a ball or a bike and learn to take the most appropriate course of action.

Under its ‘RoadReader’ project, the company is using the AI capabilities the already exist in the Huawei Mate 10 Pro smartphone. Most autonomous cars currently being developed rely on the computing power of purpose-built chips developed by third-party technology providers, the company said.

“Our smartphone is already outstanding at object recognition. We wanted to see if in a short space of time we could teach it to not only drive a car but to use its AI capabilities to see certain objects and be taught to avoid them,” said Andrew Garrihy, chief marketing officer at Huawei Western Europe.”

Huawei is showcasing this project at Mobile World Congress in Barcelona next week.

Other tech manufacturers also believe they have a future in the autonomous car market. In November 2016, Intel said it would invest US$250 million over two years to develop autonomous cars and was establishing an Automated Driving Group. This group would focus on developing hardware and software for self-driving vehicles. Intel has also partnered with BMW and Mobileye to put an autonomous car on the road in 2021.

Earlier this month, the CSIRO’s Data61 and ZongMu Technology said they were developing technology that would help overcome one of the biggest challenges in in autonomous driving – giving vehicles human-like sight.

Under a new agreement, autonomous vehicles will be equipped with computer vision, enabling them to see and understand the environment the way humans do, and react to hazards.