10 gigabit broadband being rolled out in Adelaide CBD 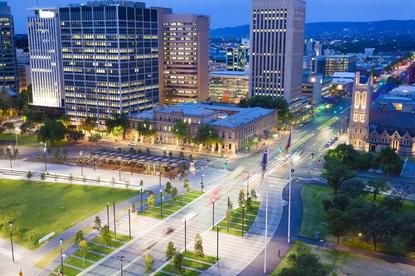 Workers in 1,000 buildings across Adelaide’s CBD will have access to 10 gigabit broadband services over the next two years. The first building at 27 Currie St, home to the Australian Institute of Business, was connected today.

Adelaide mayor, Martin Haese said the city has been inundated with registrations from businesses wanting to plug into the network.

“It will not only ensure local businesses have access to 21st century big data and communications enabling services, it will also attract new investment and business from interstate and overseas, furthering our reputation as a connected, smart, entrepreneurial and intelligent city.”

“It will underpin future innovation in areas such as robotics, artificial intelligence, way-finding, 3D printing and augmented reality,” he said.

The City of Adelaide and TPG Telecom said access to the network would start from $399 plus $39.90 GST per month.

Today’s announcement follows the South Australian Labor party’s promise in late February that will roll out ultra-fast internet access across metropolitan Adelaide if it is re-elected this month. Labor committed to a $35 million expansion of the state fibre network across the city.

‘Radelaide’ has been angling for smart city status since last year when the University of Adelaide and five local councils launched a plan to create ‘smart parks’ under the Australian Smart Cities Consortium.

The University of Adelaide is working with the City of Prospect and other local councils to use low-band WiFi and other technologies to gather information about use of public spaces so they can be better managed and maintained.

Under the ‘Connected Places’ program, a linked series of sensors will provide useful data from a major swathe of Adelaide’s northern, western and eastern suburbs. Other local councils involved in the initiative are Burnside, Campbelltown, Playford and Port Adelaide-Enfield.