Rambo and the machine learning models helping Sportsbet up its games 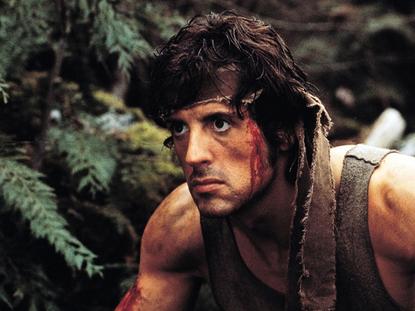 A Netflix-style recommendation engine on steroids, a Google AdWords beater and a souped-up game simulator are among a number of machine learning models at work behind the scenes at online bookmaker Sportsbet, the company has revealed.

“Our goal is to improve the customer experience at every customer interaction,” said Tony Gruebner, the company’s general manager, analytics, insights and modelling.

Speaking at the Gartner Data and Analytics Summit in Sydney last week, Gruebner explained: “One of the best ways of doing that is to build great data products utilising the company’s wealth of data – which is exponentially growing – and also machine learning and artificial intelligence capabilities.”

Sportsbet helped make gambling mainstream in Australia, was bought out by Paddy Power in 2010 and quickly became the country’s biggest corporate online bookmaker, a title it still holds.

It makes around 1.7 billion price updates, offers punters 11 million markets and takes 240 million bets every year. On the biggest gambling day of the year – Melbourne Cup day – the company takes on more than 60,000 new customers, and peaks at around 500 bets per second. But gambling is a highly competitive market.

“Great data products allow you to get a jump on your competitors and achieve market share, because it’s very hard to replicate,” Gruebner said.

The bookmaker is currently trialling a recommendation engine, similar to the ones that have helped Netflix and Amazon.com dominate their markets.

“If you go on our site, even on a weekday morning, there’s tens of thousands of things you can bet on and hundreds of thousands of markets and millions of selections. That’s something that our customer love – they love the huge range available to them,” Gruebner said.

“The problem with this however is that the chances are customers are coming with one action in mind. They want to bet on a specific thing…so it’s like looking for a needle in a haystack,” he added.

What was needed was a recommendation engine. And a fast one.

“The extra nuance we have at Sportsbet is the most of the events that we offer have a five or ten min betting window. A horse race for example is a five minute window. Netflix might do a recommender on a movie that’s going to stay on their catalogue for years,” Gruebner said.

“We are doing models on events that are there for five minutes before another lot come in. So there’s this huge churn through of options which makes for a real modelling challenge.”

The answer is what the company calls ‘lookalike models’. Via deep learning models, every customer is matched up to 100 customers who are most similar to them.

Based on the lookalikes behaviour, predictions are made about the customer in questions next action, and recommendations made in realtime.

The models also are able to improve themselves, based on what a customer actually did next.

“If they were wrong the first time, they need to find a way of getting smarter,” Gruebner said.

Although the tool hasn’t yet been used “in anger” testing has shown some impressive results, with recommended next bets reaching accuracy levels of around 40 per cent.

“It gives our marketers and website optimisation teams a real tool to avoid that problem of the needle in the haystack. We can serve the content that’s right for you, while still offering that large amount of products,” Gruebner said.

A bid to beat Google

Sportsbet, like its competitors, is a significant user of Google AdWords through which businesses bid on how high advertising is placed after specified keywords are searched.

How much should be bid?

“This is an interesting problem because for a lot of common words this is relatively easy. We have a lot of information on those words – if someone puts ‘betting’ or ‘Sportsbet’. And we know what the cost per acquisitions. We know what the return on investments is on those words,” Gruebner said.

It is with the less obvious searches that things get tricky, for example ‘storm’: the name of the Melbourne rugby league team and, of course, a weather event.

“What is the intent of this customer? And is this customer that’s typing in those words likely to provide an ROI that’s worthwhile if we bid high for a higher placement?” Gruebner said.

While Google provides a model as part of their AdWords package, Sportsbet souped it up with additional elements: the conversion data it has on similar searches and the timing of the search.

Sportsbet’s model applies machine learning across a semantics model to “work out words that are similar”.

Given the quick turnover of races and games to bet on, Gruebner and his team have set the model to automatically place the bid if it makes business sense.

“We’ve run trials of this model versus the Google model. On average [there’s been] about a 12 per cent increase in conversion rates and a 22 per cent drop in cost per acquisition,” Gruebner said. “This model is helping us to get more customers, and at a cheaper rate, which makes it very powerful.”

“This is a challenge that has confounded bookmakers throughout the years. And essentially every bookmaker in the world has just not offered these markets,” Gruebner said.

Last year, the company launched same game multi which “put that on its head”. It’s made possible with an engine that simulates every game 10,000 times using third party “play by play” game data.

“We work out how many times in those 10,000 simulations did say Johnathan Thurston score a try and the Cowboys win. And through doing that we can create a price,” Gruebner said.

“That produces an output without any human interaction. It produces a price in real time for the customer. And it keeps on repeating that until the game is over.”

Being one of very few bookmakers to offer such a product has proved an advantage for Sportsbet. Punters spent $40 million on same game multi bets last year.

Sportsbet – and its team of 40 analysts and data scientists – leverage Amazon Web Services for most of the storage and processing behind the models. Costs are considerable, but necessary.

“It’s not cheap but it’s becoming a hygiene factor in our industry. Whoever wins the data battle will win the whole share battle. This is not something we choose to be, it’s something we have to be,” he said.

As the models scale-up and more are used across the business, Gruebner and the team is now trying to ensure they stay on side. “If machines are making all the decision then how does a human reconcile that?” he said. “How do they make sure the machines are making the right decisions? This is a battle were coming to as a company – how do we operationalise that? How do we make sure we can’t be rorted?”