How DevOps enables a faster pace of change 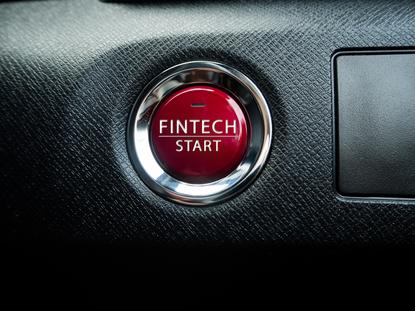 The Australian government is introducing ‘open banking’ to give citizens what it says is greater access to and control over their banking data.

This means that banks will need to work closely with and sometimes compete against third party fintechs developing new financial services applications. Under an open banking regime, data is shared with third parties such as comparison sites, enabling customers to negotiate better deals with their banks, which will increase competition.

If Australian banks are going to compete in this environment they need to change the way they develop software. They need to be responsive and adaptable to be able to work with lean fintech organisations.

Agile is not enough

This isn’t easy and I have found that often, development teams focus on work that doesn’t necessarily align with the organisational strategy. But with Agile coaching and buy-in from above, this cultural change can occur.

Still, in my experience, even if Agile is working well, I have still found that software isn’t being released to customers very frequently. Once a change to the software is ready from a business-standpoint, it can take days or even weeks working with a centralised IT operations department to release it to a production environment.

A common scenario I’ve seen is one where banks are using Agile for development but having issues with DevOps adoption and therefore environment consistency.

Imagine that the bank attempts to try out a new innovative idea by developing a custom application with a third party fintech application. Speed to market is critical in this situation.

The development team is using scrum, and multiple demonstrations with the business in a testing environment have been successful. But once it is time to release the change out to a production environment, subtle differences are found in data and configuration.

These subtle differences between environments can have catastrophic impacts on the software. A simple issue is found late in the development lifecycle, hindering the ability to release out to a customer frequently, and at low risk.

So why is releasing software infrequently a problem with open banking? Imagine working with an organisation like Pocketbook, which has created an app that integrates with Macquarie Bank’s open banking platform.

Agile was designed for software fintech start-ups like these.

Alvin Singh, CEO at Pocketbook, said: “Developers are cross-functional, the software is entirely micro-services and changes can be released out to customers multiple times a day.”

Singh said that through its commitment to frequent integration testing and release, Macquarie had proved itself an ideal partner for a fintech where getting an idea out to production must be quick and easy.

This partnership is relatively unique. Large banks working directly with small fintechs are going to find it challenging to work at the same pace.

Other organisations like Basiq provide ‘banking as a platform’ to enable either banks or fintechs to access enriched customer banking data.

Damir Cuca, CEO of Basiq says that with the introduction of open banking, financial services organisations will need to provide their data through standardised APIs, which is possible using the company’s platform.

“Some banks will choose to use a platform like Basiq to provide more innovative features to their customers like great developer experience, enhanced data, discovery of valuable insights, whereas others will simply provide a raw stream and leave it up to the fintechs to do the rest,” Cuca said.

Either way, there is a need for banks to change the way they develop software to keep up.

The goal should be to shorten the time it takes to get an idea into customers’ hands. This is only possible through the combination of Agile software development and DevOps enablement.

The best way to do this is to enable your developers to own software delivery from development all the way through to production. Developers should have a ‘you build it, you own it’ mindset.

This doesn’t mean you allow your developers to release to production with a ‘click of a button’. It means that you put automation in place to ensure quality gates are met at each step of the delivery cycle. The DevOps team is there to support the developers and enable them to release frequently and at low risk.

In summary, with the introduction of open banking, Australian banks must not only be Agile, but also be DevOps-enabled so they can release software to customers frequently and at low risk. This is the only way that Australian banks will be able to work side-by-side with lean fintechs.