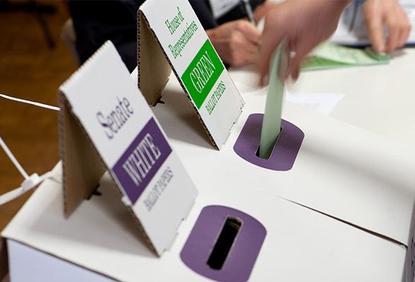 The new procurement contract, which runs until 24 January 2021, comes less than three months after the Audit Office released its performance audit report, the Australian Electoral Commission’s Procurement of Services for the Conduct of the 2016 Federal Election.

Among the procured services examined by the ANAO for the report were the AEC’s contracts and purchase orders awarded to Fuji Xerox Businessforce in the lead up to the 2016 Federal Election, largely for the development and delivery of Senate ballot paper scanning and data capture services.

After examining the deals, the ANAO decided that the AEC’s procurement processes did not encourage open and effective competition sufficiently.

Specifically, the ANAO said that the AEC had not “demonstrably achieved value for money in its procurement of Senate scanning services” and had not used “competitive pressure to drive value nor given due consideration to cost in its procurement decision-making”.

According to the ANAO, the entirety of the services procured by the AEC from Fuji Xerox Businessforce amounted to about $27.2 million, and included three work orders and five project change requests.

Tender documents published at the time show that the AEC handed Fuji Xerox Businessforce a $19.1 million, six-month deal in July 2016, for the Senate scanning services, and a separate $1.6 million deal for data capture services just a month earlier.

In response to the report, the Electoral Commissioner, Tom Rogers, said at the time that the Audit Office’s lack of focus on particular circumstances leading up to the 2016 Federal Election in the report was “potentially misleading”.

Among the particular circumstances cited by Rogers was the “extraordinarily short period of three months” in which, without prior warning, the AEC developed and implemented a “robust, effective, technologically advanced and entirely new system for counting, under high levels of scrutiny,” some 15 million Senate votes in multiple locations across the country.

“The AEC’s Senate scanning solution was developed and implemented in less than 12 weeks, and then operated through the election to deliver the election of 76 Senators to the Australian Parliament,” Rogers’ response stated.

“On any reasonable measure, the solution was an impressive accomplishment which functioned as intended.”

Clearly the AEC has stood by its Commissioner’s assertions, ploughing on with a new procurement contract awarded to Fuji Xerox BusinessForce, known as Fuji Xerox Document Management Solutions, for a Senate scanning solution, this time with a single, four-year deal worth $27 million.

However, it appears the agency is giving itself much more time to prepare the solution this time around.

For the latest deal, the AEC procured the services in an open tender process via the Australia Taxation Office’s (ATO’s) capture and digital information services procurement panel, with the current standing offer period listed as being from June 2014 to June 2019.

Other suppliers included on the ATO’s panel include Decipha, Sema Operations and Fuji Xerox Australia.

A spokesperson for the AEC told ARN that the new contract is for the provision of a similar Senate scanning system to that was implemented at the 2016 Federal Election.

"These services include the premises, equipment and technology to scan the required [16 million-plus] Senate ballot papers as well as the mechanisms to digitally capture and confirm the preferences marked on each ballot paper," the spokesperson said.

"This is ultimately to deliver Senate election results across Australia. These services will be implemented in close collaboration with AEC staff who will provide oversight and direction throughout the Senate counting process."