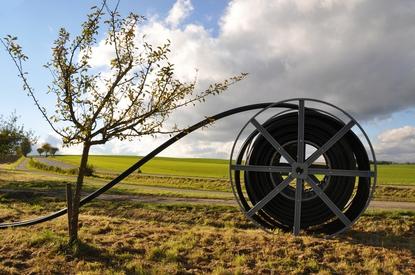 NBN will use network simulation labs to train more than 2000 field telecommunications workers on how to deploy, activate and maintain the national broadband network.

The first lab, opened today at TAFE NSW’s Lidcombe campus with plans to launch other locations in 2018, simulates the challenges and complexities that arise when rolling out the access network.

Trainees will access every fixed-line technology used to deliver the new network and get real-time experience in connecting pits and pipes to homes and businesses, installing equipment before the network is activated and helping to resolve connection faults.

The launch coincides with the peak build phase of the network with up to 100,000 new homes and businesses being added to the network each month, NBN claimed.

More than 30,000 workers are installing services across the country.

“There are lots of complexities which comes up when working on a live network that can impact the way a technician needs to complete an installation of fix a fault. The benefit of these labs is that we can program problems and challenges for workers to deal with before they get out in the field. They can immediately see how their actions impact a live network and can start building their expertise from day one,” said NBN’s chief network engineering officer, Peter Ryan.

“In the past year, we have increased our ability to deliver network installations right the first time from eight out of ten times to around nine out of ten today. The new labs are part of our plan to ensure we continue to improve,” he said.

The labs are part of NBN’s Industry Capability Solutions Program, which launched in 2015 with a $40 million investment to boost the capacity and capability of the workforce employed by the company’s delivery partners.

Connection issues have plagued NBN in recent months. Last November, the organisation said it would temporarily pause all new orders over its hybrid fibre-coaxial (HFC) access network as it worked to fix technical issues with the technology.