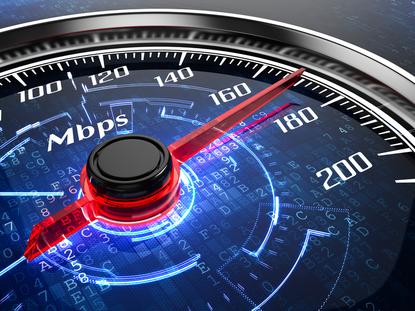 NBN broadband services from iiNet, Optus, Telstra and TPG are delivering between 80 and just over 90 per cent of the maximum plan speeds in the evenings, a new ACCC report has found.

The analysis is part of the ACCC’s Measuring Broadband Australia program, which found that these ‘busy hour speeds’ between 7pm and 11pm are now only marginally below typical speeds at other times.

In April last year, the government said it would fund the ACCC to roll out an independent national broadband performance monitoring and reporting program to provide consumers with accurate reporting about speeds through to 2021.

“The results for some types of services are still lower than we would like, but the overall results go against the current wisdom that the majority of consumers and businesses are having issues with NBN speeds,” Sims said.

However, the relatively high speeds during peak periods indicated that retailers are now providing enough network capacity to meet the demand in peak usage periods, including on the top speed plans, he said.

Sims said the results of the ACCC report reflected changes in the market, particularly the recent discounting by NBN Co of capacity charges and consequent take up of more CVC by retailers.

“They likely also reflect the effect of our speed advertising guidelines and anticipation that our testing was soon to begin. It is highly likely that just a few months ago these results would not have been anywhere near as good,” Sims said.

The report found that four major providers – iiNet, Optus, Telstra and TPG – deliver download busy hour speeds of between 88.1 per cent and 90.7 per cent of maximum plan speed.

It also found that NBN 25Mbps plans, the standard to which NBN is instructed to build broadband services, significantly outperformed ADSL services. The average ADSL speed is 8Mbps compared with an average of 22-23Mbps for NBN 25Mbps plans.

FTTN connections that could not support the maximum plan speed were a factor that brought down the average speeds overall. The ACCC said it expects averages will improve further as service providers act on court-enforceable undertakings and adopt the ACCC advertising guidance to ensure customers are provided with plans that do not exceed the maximum attainable speeds of their individual connection.