University of Technology Sydney is on a ‘Mission to Mars’ 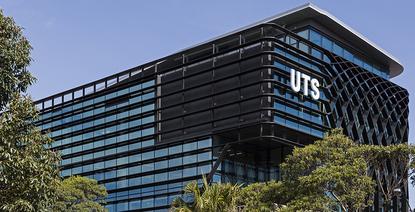 The University of Technology Sydney (UTS) has just knocked over the first phase of tech transformation and is likening the next stage to a ‘Mission to Mars.’

Since 2012, UTS has been moving apps to the cloud; Office365 was deployed last year and 60 per cent of all major projects to deliver new applications use cloud infrastructure, including SaaS solutions. Staff have adopted Agile ways of working, and the university has built a core data and analytics capability. There are now 2,200 wireless access points across its campus, up from 240 in 2012.

And importantly, said chief information officer Christine Burns, the university has embedded a deep strategic dialogue about IT with its most senior leaders.

“The first phase was preparing the groundwork for us to have the agility that we needed for the future,” Burns told CIO Australia.

Under the next phase, dubbed ‘Mission to Mars’, UTS is mapping out a future where technologies like artificial intelligence (AI) alters job roles and the way the university interacts with its students.

“IT’s role then needs to shift from doing the work we do today to really becoming a strategic advisor and broker,” said Burns.

“So what does this mean for the IT team? We figure Mars is now far enough away that there’s some effort that it takes to get there's significant planning effort to get there [but] it’s close enough that [travelling there] is achievable. The team will have to behave differently. It’s no longer possible for the management team to dictate from on high and say, ‘this is what is what we are going to do and this is what it looks like’. We need everyone to leverage their own expertise and own understanding of our user base and inform that together. That’s what this is all about,” said Burns.

Under a recent pilot project, UTS mapped its research to the United Nations’ sustainability goals. A chat bot for student queries will also be launched next month. The chat bot can answer 130 common questions students would ask such as; What can I take to an exam? How do I change subjects? What subjects are available?

“We are trying to understand where and how AI is going to be most useful to the university and really wanted to take an approach of running quick pilots to make that assessment,” Burns said. “We are now deciding what gender the bot will be and what sort of personality it will have. We don't want to be the first to market with some of these technologies - our focus is on providing effective and right-sized solutions."

New approach to IT investment

Like other IT shops, UTS is shifting its IT operation model from projects to specific 'product lines'. This new approach organises tech investment into product lines based on business capabilities.

“This is a very significant change in the model that has flow on effects to how we plan, fund, govern and deliver IT projects, and ultimately how we organise our operational capabilities and collaborate with and empower our colleagues across UTS,” said Burns.

UTS has been tapping marketing technologies to support prospective student engagement, improving its ability to get the right information to people at the right time and using multiple digital channels. This work forms part of the university’s focus on meeting the high expectations of students and staying competitive against other universities.

“For example, it leverages the work we have to done to map the student journey and also taps into the focus our IT team has had around user-centered design. We’ve invested considerable time and effort developing this capability across every part of the team,” said Burns.

The Amazon Redshift-based data analytics platform is being used for a range of solutions including providing lecturers with key information that enables them to better tailor their lessons. Data mining also helps chief researchers better track how their funds are spent while introducing more discipline around project management.

“Researchers are saving a lot of time fulfilling their compliance obligations while providing complete transparency for their teams,” said Burns.

Under UTS’ ‘provisioner’ program, researchers can include metadata in their datasets so they can reproduce published findings and comply with relevant policies and codes of practice.

“Researchers can provision a workspace which gives them access to high performance compute resources, including large-scale parallel computing and GPU-powered machine learning and data-specific platforms such as geographic information systems and microscopic imaging. But importantly, it gives them the opportunity to create 'reproducible research'. So if someone has done their research on a machine under their desk and they want to go back and produce the same result, it can be difficult so this is making it easier for researchers to do everything they want to do,” said Burns.

Burns added that the university is looking at how it can extend the ‘provisioner’ concept across other universities that it works with.