Global search to be undertaken for a successor 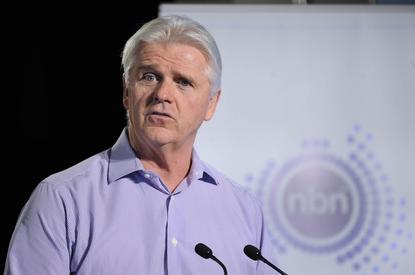 NBN chief Bill Morrow will step down from the position in 2018, the company said Wednesday.

Morrow has overseen the rollout of the national broadband network since joining NBN in April 2014. The U.S. national and Navy veteran came across from Vodafone Hutchison Australia where he was CEO for just over two years.

NBN said Morrow had informed the company's board and the government of his intention to step down by year end 2018.

Under NBN's 2018-21 Corporate Plan, 80 per cent of the Australian population will be able to connect to the national broadband network by the end of this year. The organisation expects the project to be finished by 2020, on time and on budget.

Commenting on his departure, Morrow said: "I believe that as the company prepares to confront the challenges of ahead, this is the right time to hand over the reins for the next phase of this incredible project and for me to plan for the next step in my career."

NBN chairman Dr Ziggy Switkowski said this country has been fortunate to have Bill lead this project.

"While we will be sorry to see him leave, Bill has built a resilient, performance-driven organisation which will build on his legacy."

A global search will now be undertaken for his successor, the company said.

Morrow replaced NBN's first CEO Mike Quigley after he stepped down in 2013.