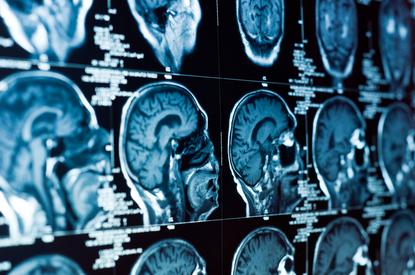 His review for the Metro North Hospital and Health Service led to a deeper report, initially obtained by The Courier Mail in January, which revealed that the imaging system was contributing to ‘clinically unacceptable’ delays to scan results and wait times for biopsies. The decision to not replace the platform was described as ‘inconceivable.’ It also revealed evidence of “toxic relationships between doctors and an inept workplace culture.”

A few years after getting initial approval to upgrade its ageing PACS (picture archive and communication system), Prince Charles Hospital will go live in August with a new radiology information system (RIS). The system is also going live at Royal Brisbane and Women’s Hospital’s nuclear medicine department today (approval was originally provided back in 2015), and across the rest of the organisation next Monday.

“The PACS at Royal Brisbane had been end-of-life for a decade,” Jandu told CIO Australia. “The old PACS is being completely replaced [at Royal Brisbane] and the new one integrated with over 20 of the existing systems. Prince Charles Hospital has been prioritised for its PACS replacement straight after Royal Brisbane and my team have built the system already to cater for it.”

Jandu, who is a former program director at Queensland Health, leads a program team of 23 staff who are responsible for deploying the new infrastructure across both hospitals. He said one of his first jobs when he arrived last year was to make sure the right team was in place.

“The hospitals didn’t have the right balance of technical and domain expertise to roll out the new systems and unfortunately I have had to move on a number of people who weren’t up to the task. Radiology is one of the most challenging environments at Metro North and it really takes people with resilience to get through it. Over the past years multiple teams have made concerted attempts to lead this project,” Jandu said.

Jandu has a long history working up technology solutions in the area of radiology. He was national clinical applications specialist at I-MED Network Radiology between October 2008 and February 2015; and a director of medical imaging and later a program director at Metro North Hospital and Health Service between March 2015 and May 2016.

“I used my own expertise to look at what they had been scoping and provide some clarity in the ambiguousness of what people thought they needed to go live with. There was a lot of ‘scope creep’, vendors not being managed properly, there was a bit of disarray there.”

Jandu dismantled the governance structure under a newly appointed project board and created a working party, workshops and focus groups collaborating with the key stakeholders.

“Before Christmas, we set some go live dates, got vendors on board and saw immediate results from collaboration and appropriate skill sets. One or two areas were slow to board the boat though,” he said.

According to Jandu, the new systems will provide a ‘more contemporary workflow’ for both hospitals and will dramatically improve the operational efficiency of their medical imaging services.

“Incompleteness of the medical record has been a problem and is not unique to this health service; the special effort that people need to make to try and obtain a complete picture of the imaging that happened across Metro North has made it tough for clinicians,” he said.

This is important for all clinicians, particularly those staff working in emergency departments dealing with trauma cases and four hour turn around times; ultimately recall of patients due to reports not being available in emergency will be a thing of the past,” Jandu added.

“That’s really going to be the crux of the benefits here – better patient care, better safety and more efficiency. For instance, better visibility over Imaging history means that patients won’t get irradiated more often than is necessary. This can only be a good thing.”

A spokesperson for the Metro North Hospital and Health Service echoed Jandu's comments, telling CIO Australia that the new RIS at both hospitals will mean the improved delivery of medical imaging and services.

"The system will allow faster turnaround time of patient reports, meaning that clinicians will be able to obtain results and making the necessary diagnosis for treatment sooner," the spokesperson said.

The spokesperson added that with the introduction of any new information system, Metro North has specific governance processes in place to ensure it delivers the intended results over time.

"We will be regularly reviewing the system's performance to address any issues that may arise during the initial stages of the system going live," the spokesperson said.