After Mirvac’s Redfern plan gets blocked by NSW government 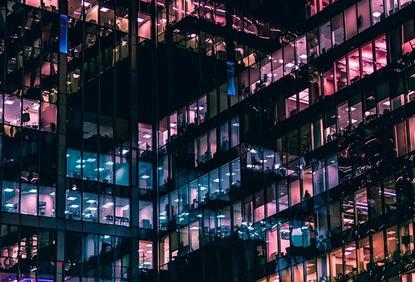 After the NSW government last week scuppered Google’s plan to establish a headquarters at Redfern near the Sydney CBD, politicians from other states are stepping out to woo the tech giant.

Last month the Sydney Morning Herald revealed that developer Mirvac had submitted a plan through the NSW state government’s unsolicited proposal process to establish a tech hub on land next to Carriageworks in Eveleigh, with Google as an anchor tenant.

However, plans for the hub – which is claimed would have created 19,000 jobs – were knocked back last week by the NSW cabinet’s infrastructure committee for failing to pass a “uniqueness test”.

It is the second setback in Google’s effort to find a new base in the city, with the company fast out-growing its Pyrmont offices.

Last year, it pulled out of plans to set-up shop at an overhauled White Bay power station in Rozelle due to lack of public transport upgrades and the prospect of spending years in the midst of a construction site.

Google’s continuing difficulty in finding a home in Sydney has been pounced on by politicians from other states, with many urging the company to get out of NSW.

Western Australia Senator Linda Reynolds called on Google to ‘look West’, and has written to the company’s local chief Jason Pellegrino to make the case for Perth.

“If New South Wales does not want you, Western Australia does!” she wrote in a LinkedIn post yesterday.

“We're 'in the zone' with one third of the world’s population on the same time zone and have so many developing industries in the space, drone, remote operations, big data facilities, spacial awareness and energy storage sectors which not only stand to yield significant benefits for WA, but for companies like Google who invest here,” she explained.

The Queensland government has also made contact with the company. Queensland Premier Annastacia Palaszczuk said she would welcome the search giant.

"If there was a move afoot, and if there were plans to move, of course we would be right in there to give it a go," she told Fairfax media, but added she understood the company had no plans to move staff from Sydney.

9News reports that Victorian Minister for Innovation Philip Dalidakis is understood to have flown to Sydney in the last few weeks to lobby Google to bring their operations to Melbourne.

"The Victorian Government will leave no stone unturned to give them every possible site available to them in Melbourne," Dalidakis is quoted as saying.