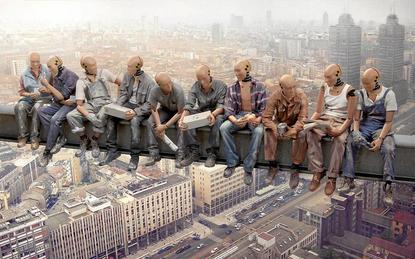 The government is hoping to boost Australia's artificial intelligence (AI) and machine learning capabilities with $29.9 million in funding over four years for projects that make use of the technologies.

The bulk of that funding will be delivered through the Department of Industry, Innovation and Science's Cooperative Research Centres (CRC) program, which are focused on digital health, digital agriculture, energy, mining and cybersecurity. The latest CRC launched last month with a focus on digital health, targeting care system savings of $1.8 billion.

The money will also be used to develop an 'AI Ethics Framework' as well as a standards framework to "identify global opportunities and guide future investments", the 2018 Budget states.

The government has also provisioned funding for AI and machine learning-focused PhD scholarships and "school-related learning to address skill gaps".

The AI package comes as part of the government's Australian Technology and Science Growth Plan. Included in the plan is an already announced $70m for the Pawsey Supercomputing Centre in Kensington near Perth, to procure a replacement for its flagship system Magnus, a Cray XC40, as well as its Cray XC30 called Galaxy. Both are reaching the end of their operational lives, with Magnus' support contract having lapsed in September.

Other initiatives include two Global Positioning System (GPS) efforts to be delivered by Geoscience Australia to "improve the accuracy, integrity and availability of satellite navigation".

The first, which will be backed by $160.9 million over four years from the next financial year and $39.2 million in ongoing funding from 2022, is expected to deliver positioning, navigation and timing (PNT) data to an accuracy of 10 centimetres across all of Australia and its maritime zones, including areas without mobile phone coverage.

"PNT data is fundamental to applications including GPS services, and this measure will deliver benefits to regional Australians including through reduced cost and increased farming yields through precision farming techniques, navigation on fishing trawlers, and increasing the ease and safety of maritime navigation, especially in congested waters," the Treasury wrote in the Budget.

The second, set to receive $64 million over four years from the next financial year and $11.7 million in ongoing funding from 2022, will again focus on PNT but in regional and metropolitan areas with mobile phone coverage. The coverage provides for a improved accuracy of three to five centimetres in near real-time.

"This measure will reduce barriers to accessing and using PNT data, allowing Australian businesses to maintain their competitive advantage in industries such as agriculture and resources, and in emerging sectors such as automated transport," the government stated.

The proposed initiatives build upon the work of a Geoscience Australia programme announced early last year into Satellite Based Augmentation Systems (SBAS).

The government is earmarking $36.9 million over three years to provide reliable standardised satellite data to governments, businesses, researchers and individuals through a 'Digital Earth Australia' program.

Again overseen by Geoscience Australia, the government said the data could be used "to build new digital products and services for commercial purposes, and to interpret and analyse changes to Australia’s physical landscape, enabling better understanding of environmental changes, such as coastal erosion, crop growth and water quality".

"Access to satellite imagery data has a broad range of applications including assisting farmers to monitor animal grazing patterns and increase the efficiency and utilisation of their land. It can also provide governments with the tools to reduce future flood impacts through improved disaster planning," the Treasury said.