Why an AIibaba chief scientist says we shouldn't fear AI 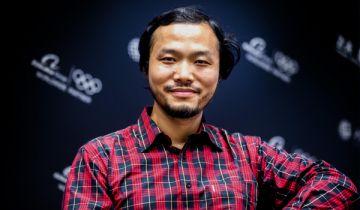 An Alibaba Group chief scientist and associate dean of machine intelligence and technology, Xiaofeng Ren, dispels the doomsday scenario that artificial intelligence (AI) will replace humans, but instead insists it will provide useful and practical services.

“Sometimes people will think about AI as a replacement or a demonstration of true intelligence in addition to the only form that we know - human beings - but for us as AI technologists we don’t even think of AI that way,” Ren told a CeBIT crowd during his presentation on developing AI applications that will power the future of business.

“We think of AI as a useful technology. We want to build machines that are useful and ask machines to help human beings, and make us more effective. And that’s usually how we think about it.” He said AI will enhance humans, not replace us.

Ren was named an Alibaba chief scientist in 2017. He was formerly Amazon’s senior principal scientist and led the algorithm developments of Amazon Go, which powered the launch of the world’s first 'just walkout' store.

During his keynote, Ren addressed the fact there’s both hype and hysteria surrounding AI and revealed its impact on both business and society. He said AI is already having an impact on the world and there’s a range of exciting applications already taking advantage of its capabilities.

Ren, who’s division spearheads Alibaba’s efforts into AI, aims to bring sweeping and disruptive changes to Alibaba and to China’s dynamic business landscape - and to solve the problems of the future.

“Whatever your definition of AI is, it has certainly been on the rise. There are a lot of interesting things happening.”

He said the AI journey has seen major breakthroughs in 2006 and again in 2012. In 2006, there was immense activity in algorithms and research, while in 2012 the breakthroughs came in the form of visual recognition, speech recognition, chatbots and family robots.

“It’s not just something that is magically happening in 2012 or even in 2006. AI technologies have really been developing for quite awhile. Google is an example. We don’t think about that as an AI technology that much, but it is doing very intelligent things by indexing the content as well, and allows us to search very intelligently.”

He said today we’re in the third rise of AI, which follows technology developments made in the 1950s and 1960s (where people put a lot of hope and effort into logic-based reasoning systems) and in the 1980s (where there was the rise of expert systems and advent of the neural net models).

“We really have been making steady progress and there are many reasons for it,” he said, explaining the rise of compute power and the rise of data are two key factors driving AI momentum.

“The compute power and data has been increasing consistently. The public interest and the public support may change over time, but the technologies and the technical abilities that we have are really increasing.”

He said AI will have a broad scope of impact and will affect a range of industries including retail, media, agriculture, manufacturing, logistics, finance, energy, healthcare, law and education.

“Today, it is hard to find a sector where AI won’t be useful to some extent. I do believe that instead of waiting for another winter to come, we really are at a breaking point where the technology is becoming useful,” he said.

“It will impact a lot of sectors in many different forms. And it is not just one type of technology, but we can do prediction, optimisation, recognition, perception and automation. There are a lot of places where artificial intelligence can play a big role.’

Further pressing the point, he said AI isn’t just a daydream. “It’s actually creating a lot of value. Gartner estimates it to be $1.3 trillion in 2018, and it will grow to almost $4 trillion in five years.”

But AI is hard, he noted. “Even today with all of these things that are happening, we still think it’s really hard to solve the big problems. It is not easy to get to where we want to be,” he said, explaining a big challenge includes finding the right expertise.

“Deep learning and the technologists have made it much easier than before. We have been talking about AI as a commodity that we can use and make it available for use for everyone, but it’s still hard. There are still a lot of pieces that are required. And to make AI really effective, we need a lot of data. And the data, often times, can be really hard to come by.”

But the benefits of AI in terms of its usefulness to business and society, far outweigh the challenges that must be overcome.

“AI applications have the power to transform business, enabling consumers and businesses to improve productivity and efficiency.”