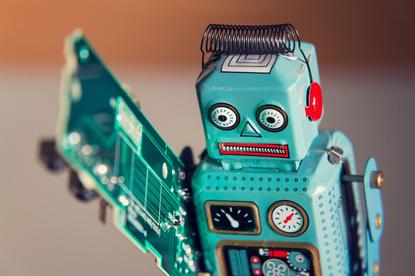 The Australian Council of Learned Academies (ACOLA) has been awarded $417,941 in government funding to research and report on the benefits and risks of the Internet of Things and artificial intelligence.

ACOLA is an independent, not-for-profit organisation that brings together scientists and scholars from a range of disciplines in order to inform national policy.

Today it was announced the body would lead the creation of two reports: Deployment of Artificial Intelligence and what it presents for Australia and The Internet of Things: Maximising the benefit of deployment in Australia backed by $209,346 and $208,595 respectively of government funding.

The AI report will examine the opportunities, risks and benefits of AI covering the “economic, social, environmental, ethical and cultural impacts that will help guide AI development in Australia over the next decade”.

The IoT report will consider the opportunities and consequences of IoT and “ways to foster technological leadership while ensuring responsible deployment”.

“They will each provide an evidence base to support government decision making and will help ensure the safe and responsible implementation of these transformative technologies alongside the development of research and industry capabilities to maximise the benefits across our economy,” ACOLA said in a statement.

Both will be delivered within the next 12 months. The grants have been awarded through the Australian Research Council’s Linkage Learned Academies Special Projects (LASP) program Supporting Responses to Commonwealth Science Council Priorities. They are backed by the Department of Prime Minister and Cabinet and the Department of Industry, Innovation and Science.

The reports are part of ACOLA’s Horizon Scanning Program – which has already explored emerging technology such as energy storage, precision medicine and synthetic biology – requested by Australia’s Chief Scientist, Dr Alan Finkel, on behalf of the Commonwealth Science Council.

The research will inform the Government’s planned artificial intelligence roadmap and ethics framework which was commissioned in the May Budget papers.

“We want to make sure Australia continues to be a world-leading research nation. That’s why it’s important Australian researchers are supported in exploring emerging areas of science and technology and are able to evaluate their potential future economic, social and cultural impacts,” said Minister for Education and Training Simon Birmingham in a statement.

“With advances in the use of robots and machines and the internet allowing greater interaction between humans and devices, it’s vital we learn more about their possible practical applications and uses in Australia,” he added.