Traps that can derail your career

Tech execs don’t fail because they lack talent; they just don't do enough of the right things. 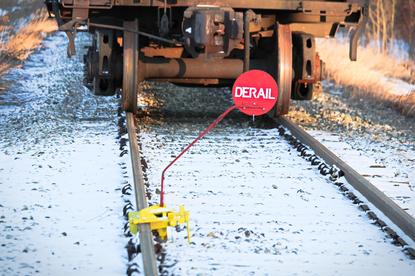 When you take on a new CIO role you expect to succeed. You’ve climbed the rungs of leadership and have been vetted, tested and proven through much of your career.

Yet, 30 to 50 per cent of qualified executives are asked or forced to leave a new role in the first 18 months. They don’t fail because they lack talent or underperform — they did the right things, just not enough of them.

These failures can be seen as “derailments,” the outcome of placing a leader in a role they don’t adjust to. This could be due to who they are, what they focus on and where they work. This causes them to fall into three avoidable traps – misuse of leadership traits, mistaken work priorities and changing organisational context.

Such failures may force CIOs into a survival role, where they can’t make the most of their talent. The company also suffers from lost investment in the executive, as well as reduced employee engagement and morale, decreased customer satisfaction and weaker business results.

There are three areas that can help you avoid becoming a statistic and keep your career safely on track:

1. Identify the underside of your leadership traits

If you move into a new role and continue to rely on the skills that made you successful in the past, you put yourself at risk of derailing. When you’re presented with novel challenges and situations, the same skills and behaviours that helped you get promoted or hired may not be applicable.

Failures might be due to misunderstanding the transition, ambiguity in defining IT success or lack of clarity in role expectations. It could be due to poor relationship management with peers or pushing change at the wrong pace. These are only the outward manifestation of a problem that may lie in your character.

Executives who derail tend to exhibit one of six negative leadership traits: control, boastfulness, eccentricity, reluctance, detachment and mistrust. They don’t tend to recognise these traits in themselves because they’re the flipside of the positive traits that powered their success. The changing situation, higher stakes and greater scrutiny of their new role bring out the negative traits in their behaviour.

A CIO may be hired for positive qualities, yet a situation could lead them to express the qualities in a negative way. A great example is a visionary CIO hired to lead a digital business transformation, coming from a decentralised organisation into a centralised one. The entrepreneurial, independent behaviours that were rewarded in the old organisation now cause the CIO to appear to be disconnected and aloof from the decision making processes of the new organisation.

You’ll risk derailing if you focus primarily on financial objectives and key performance indicators (KPIs). This isn’t always easy though with the pressure to reduce costs or if you’re part of a struggling business.

IT organisation’s success comes from the people who ultimately report up to you. Reaching financial or other goals depends on making those workers productive. You’ll be less likely to derail if you prioritise your team.

The higher you rise in the ranks, the more important soft leadership skills become as you guide those who execute the business strategy. Get to know each team member and their strengths, weaknesses and career ambitions. Help them achieve their personal and professional goals.

Experience and skill may get you hired as CIO, but they aren’t enough to keep the job. Most often, CIOs derail due to an emotional deficit. This could be due to an inability to build a team and develop leaders, poor relationship skills or a failure to learn from mistakes. It could be caused by a lack of collaboration and resistance to other people’s ideas, or double standards — not living up to the expectations that they set for their subordinates.

3. Assess the new context for fit

The context changes whenever you take on a new role, especially if you move to another division or company. Goals, responsibilities, relationships, culture, competitive landscape and other factors all shape the environment in which you do your job.

Much of your success will depend on the context – whether your leadership style fits those of the executives you collaborate with; whether the company’s goals suit your skill set; or whether your character meshes with the culture.

A move into a new role involves changing one or more of the factors that make up the context. You can adapt to changing circumstances – learning new things is part of any career development. Beyond a certain point though, a changed context becomes alien and leads to derailment.

De-Onn Griffin is a research director at Gartner. She advises CIOs on team, management and leadership skills development and motivation.