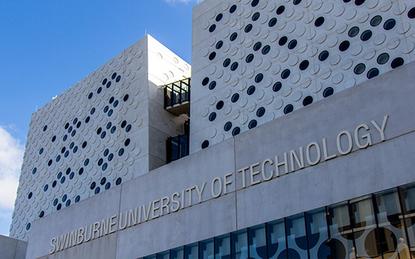 Melbourne’s Swinburne University of Technology had been hosting core apps and systems in its two Hawthorn data centres for quite some time. But things are changing as the institution steadily moves towards a hybrid cloud environment.

“The future for us is that we will be primarily using software-as-a-service solutions where we can; we will be building hybrid solutions to run services enterprise-wide,” Simon Naughton, director, infrastructure and operations, information technology at Swinburne University of Technology told CIO Australia.

Swinburne today announced that it had deployed the Nutanix Enterprise Cloud OS to unify siloed systems and help it build and manage a hybrid cloud infrastructure. This serves the high compute requirements of many of its 60,000 students across its three faculties: science, engineering and technology; business and law; and health, arts and design.

Prior to the deployment, building the infrastructure needed to support students’ requests could take weeks or even months. This created extra work for the IT team and the students had to wait a long time before they could start their programming projects.

In fact, it became a project to build the right infrastructure for a project, said Naughton.

“What we needed to do was move to a system where provisioning was instant and we could spin up resources and give people what they needed. That also meant aiming at things like platform-as-a-service, using our on-site service or a mix of onsite and public cloud – usually AWS and Azure but could be others – to provision those services that users need,” said Naughton.

The new software works like an application store where students browse, choose and deploy the solution they need for their final year projects, including mobile app development programs. They can also add storage as they need it.

Students are no longer spending time building infrastructure or learning about aspects of IT that don’t need to be part of their core competencies, said Naughton.

“For example, if you have a student who is learning how to be a web developer, the limited time or contact hours that they have at the university, you want them to spend primarily working on web development,” he said.

Previously, students were learning not only how to do web development but also getting hosted environments ready – the latter being a skill that was more relevant five to 10 years ago, he said.

“Nowadays, they don’t do that; they reach out to a public cloud provider and in a few minutes, they have an environment ready. We want to be able to provide those types of environments for our students [which they can] use when they get into industry.”

IT now viewed as an enterprise project management function

Last year, Swinburne’s IT team was restructured and staff added to the team, which now totals 250 bodies.

“The purpose of the restructure was to deliver better outcomes in a less siloed manner for all functions whether they be BAU (business-as-usual) people, those keeping the lights on, or those running projects. Early on, the key focus was for IT to be able to effectively deliver projects for the university.

‘The IT department is seen as the enterprise project management function now. We were equipped just to [keep the lights on] and now we are properly enabled to do new initiatives and deliver what the business needs.”

Staff are now spending less time provisioning services and there’s a reduction in ‘single points of failure’ related to people and their skill sets, said Naughton.

“Everyone, whether they be contract or full time staff, are all capable of managing all of our environments,” he said.

Naughton told CIO Australia that Swinburne’s next phase is to identify more IT infrastructure that can be moved to the cloud. Ideally, the organisation would like to take functions or parts of some core apps – including its ‘behemoth’ student management system – and run them in the public cloud during peak periods, he said.

The university will also look at moving its people management system (HR, payroll) to a SaaS provider, said Naughton.

Still, some infrastructure, such as supercomputers, will need to remain onsite at the university, he said.

“That doesn’t mean we won’t also be leveraging public cloud to do ‘AI-based stuff’ with supercomputing, it just means that some of our data sets require that [processing] is done on-site,” he said.