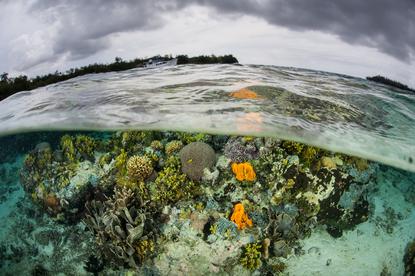 Vocus has been contracted by the Australian Government to construct a high-speed sub-marine cable between the Solomon Islands, Papua New Guinea and Australia.

The government will majority fund the cables with a financial contribution from both PNG and Solomon Islands.

The awarding of the $136.6 million contract to Vocus is part of the Australian government’s push to kill an agreement between the Solomon Islands and Chinese company Huawei to construct a cable from Sydney to Solomon Islands capital Honiara.

The agreement had sparked security concerns due to Huawei’s perceived close links to the Chinese government, and the access the cable would provide to Australia’s communications network.

Huawei was blocked on security grounds from working on Australia's national broadband system in 2012.

Huawei on Monday hit back with an open letter to Australian MPs saying the fears were “ill-informed and not based on facts”.

“We are a private company, owned by our employees with no other shareholders. In each of the 170 countries where we operate, we abide by the national laws and guidelines. To do otherwise would end our business overnight,” the letter, signed by Huawei chairman John Lord stated.

One in every two Australians rely on the company’s technology for their daily communication needs, the company said, given its infrastructure is used by the Vodafone, Optus and TPG mobile networks.

The cable contract kicks off the physical installation of Coral Sea Cable System, which is scheduled for completion by the end of 2019.

“Australia's strong support for this project is a reflection of our enduring commitment to the Pacific, where we work with partners to support the region's stability, security and prosperity,” foreign minister Julie Bishop said in a statement.

“Boosting connectivity in PNG and Solomon Islands will drive economic growth, and improve governance and security,” she added.

Vocus has also been contracted to construct a domestic sub-marine network within Solomon Islands, to extend the benefits of the cable beyond Honiara to the outer provinces where the majority of the Solomon Islands population lives.

“We are pleased to build on our strong relationship with the Federal Government and undertake this critical infrastructure project on their behalf. In this digital age, we all rely heavily on access to fast, reliable and affordable connectivity.  Extending this to our international neighbours for the first time will provide significant economic and social benefits,” said Vocus Group managing director and CEO, Kevin Russell.