But ICT initiative transparency has improved, according to the Victorian Auditor General’s Office 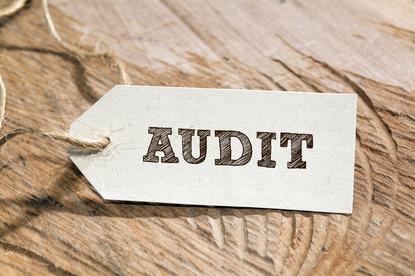 Victorian government agencies have limited oversight and assurance of the completeness of their reported technology projects and data, according to a new report by the Victorian Auditor-General’s Office.

Although the dashboard – which was launched in March 2016 – had improved project transparency, the audit detected a number of errors in the projects reviewed. It also detected that some projects were not reported by the agencies reviewed, and nearly one-third of all projects on the dashboard were disclosed later than they should have been.

“The agencies that we audited are very reliant on manual processes to identify reportable projects. The Department of Premier and Cabinet (DPC) and Department of Treasury and Finance (DTF) have no real time visibility of agency financial systems to help identify projects that should be reported on, apart from public information such as media mentions, press releases or Budget papers,” the audit said.

Errors in reported data highlighted the need for agencies and the DPC to have stronger systems in place to report accurately, the audit said.

According the audit, DPC, Melbourne Water, and Public Transport Victoria had the most accurate reports. However, the Department of Health and Human Services (DHHS) was not accurate, the audit said.

Further, agencies’ compliance in disclosing and reporting their projects to the ICT dashboard in a timely manner also varied. Since the dashboard was unveiled, 128 projects out of 439 (29 per cent) were reported later than they should have been.

“Agencies advised us that this can be due to the cost being unknown at the start of the project, or scope changes that increase the cost of the project. Agencies have processes in place to report data to the ICT dashboard but these processes do not always ensure that data is reported in accordance with the ICT reporting standard for Victorian public service,” the audit said.

The auditor-general found instances where the project’s ‘red/amber/green’ status and items included in project budgets were inconsistent with the ICT reporting standard.

Agencies have their mandatory ICT expenditure reporting, however, better coordination between chief financial officers and chief information officers or their equivalent could help systematically identify projects that need to be reported on the ICT dashboard, the audit said.

Victorian government agencies subject to the Financial Management Act 1994 must provide quarterly updates on their ICT projects that are valued at more than $1 million.

Since March 2016, 84 of the 184 agencies that are required to report projects to the dashboard have reported on 439 projects. There have been 191 projects reported as complete with a combined value of $907.9 million.

In early 2016, the Victorian Auditor-General’s Office analysed six Victorian government tech projects worth a combined $200 million. At the time, a roll out at the Department of Justice & Regulation was terminated in early 2o15, six years after the expected completion date and cost double the intended budget.

A 2015 audit report found that around 35 per cent of the 1,249 projects active across the state government since 2011 had gone over budget and one-third weren’t completed.