Stop doing DevOps for the ‘sake of it’: Gartner 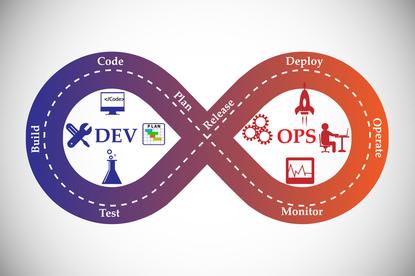 Many organisations are launching a ‘DevOps’ effort with insufficient consideration of business outcomes and risk failure as staff do not connect with the underpinning tools and approaches, Gartner said.

They are taking the approach of ‘doing DevOps for DevOps sake’, analysts said in a new report. This was the first of five DevOps failures discussed in the report which was compiled by researchers George Spafford, Christopher Little and Scott Etkin.

The researchers said organisations need to ground DevOps in customer value, identify who the customers are and what they view as value. This is in contrast to connecting with the value that the effort will bring to the organisation and its DevOps teams.

The second cause of failure, according to Gartner, is an inability to manage organisational change. A Gartner survey in 2017 found that team culture was among the top three attributes that have the greatest impact on an organisation’s ability to scale DevOps.

“Despite this challenge being identified repeatedly in Gartner research over the years, some clients continue to overlook the importance of organisational change and focus efforts on DevOps tools, an approach that will not yield significant value in the long term. Tools are not the solution to a cultural problem,” researchers said.

“Leaders must make it clear that DevOps and the required organisational change that comes with it are not optional. Staffers must understand that this change is happening with or without their participation. That said, ‘do this or else’, gets one only so far. People need to understand why this change is necessary, and leadership must do whatever it can to help bring people along,” they said.

The third cause is a failure to collaborate. Many DevOps efforts are limited to a single domain, such as IT, rather than also involving other groups and stakeholders, the researchers said.

“DevOps requires people working to come up with solutions, break down barriers and function as a small-unit team, like in the military and professional sports,” they said. “Improving a system requires a systemic perspective and involvement, not uncoordinated silos.”

The fourth cause is a failure adopt an interactive approach with the idea of launching DevOps in a single step being enticing but history shows that this approach has a high failure rate.

The researchers said DevOps involves too many variables for this type of approach to be successful in a large IT organisation. IT groups with more than 100 staff will find this approach challenging, they said.

The final failure is not managing expectations about DevOps initiatives.

“For example, rather than saying, ‘we will be more agile or faster’, establish where the organisation is and where it needs to be, and then pursue that goal iteratively. DevOps is not a one-time effort; rather it’s about trying over and over again,” the researchers said.